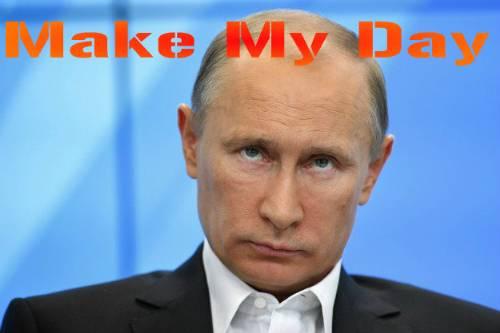 Immigration Reform.  The United States Senate has passed immigration reform and sent the legislation to the U.S. House of Representatives where the Senate bill in its current form is likely dead on arrival.

The House, led by its Republican majority, should nonetheless move forward with workable immigration reform.  We don’t know who is here, and we don’t know where they are.

The path to reform will be difficult, but reform can be done.  First get rid of the pork in the Senate legislation.  Bribing members of Congress to vote for immigration legislation is dishonest.  Next, get rid of that crazy notion that all the illegals here now can be shipped back to their country of origin.  It is not practical, and it will never happen.  Republicans should work with the Senate leadership, Democrats and Republicans alike, to craft legislation that will now pass in the House of Representatives and the Senate.

The current immigration mess is the fault of past presidents and congresses.  This president and this congress can fix it.  Politics must be left outside the door.  Honest negotiations and give and take from both sides can result in passage of immigration reform that is workable and makes sense.  The only sensible solution is one that includes a path to citizenship for those immigrants, without criminal records, who want to remain here and become American citizens, pay taxes, and reap the rewards of hard work and the free enterprise system that have made our nation great.  Every day that passes by, makes reform more difficult.  Congress must act now for the sake of our country.

Without hesitation the United States is the most powerful nation in the world.  Our military is strong, the strongest in the world, and our people are free, yet so many nations and international institutions, like the United Nations, continually poke their fingers in the eyes of the United States.  Respect will only be earned through strength and quick action.  President Obama should man up and act like the leader of the free world.

Escaping from the United States, Snowden made his first stop in China.  The Chinese, not caring what the United States wants, allowed Snowden to stay in Hong Kong for several days and then let him move on to Russia where he now sits.  Snowden is rumored to be heading to Cuba and then South America, possibly Ecuador.  Russian President Vladimir Putin says he will not turn Snowden over to the United States.  President Obama seems unfazed by all of this.

Mr. Obama has stated that he will not be calling Mr. Putin to demand that Snowden be returned to the U.S.  Is the president afraid to make that call?  Why would he not make the call?  Does the president want all of this to simply go away?  It certainly looks that way.  And, if Benghazi is any indication, that strategy may work for him.

The actions of the NSA, as revealed by Snowden, are wrong and a violation of our constitutional rights.  And what Snowden is accused of doing is equally wrong.  Snowden could have become a legal whistleblower.  Instead he chose to share our top sensitive secrets with the world.

Snooping by the NSA on American citizens without probable cause should be stopped immediately.  Mr. Obama can make this happen. The actions of the NSA are akin to law enforcement conducting a house to house search looking for a possible crime.  No reason to believe there is a crime.  Just looking.  This sounds like Nazi Germany or the old Soviet Union.   We would not stand for this.  The U. S. Constitution prohibits such actions, and the NSA should follow the Constitution.  If it wants to gather or listen to our phone calls or capture our emails, the NSA should be required to get a warrant which should only be granted based on probable cause.  And the warrant should come from a legitimate court, not a Court of Rubber Stamps that gives the NSA virtually anything it wants simply because it asked.

President Obama should insist that Russia turn Snowden over to U.S. law enforcement.  We won't alienate the Russians or Mr. Putin with strong, forceful demands. Russia is not our friend, not in the past, not now, and no reason to think they will be so in any of our lifetimes.

A lack of action by Mr. Obama, the course he has decided to take, will only send a message around the world that the U.S. is a softy, like a melting ice cream cone on a hot New Orleans summer afternoon, and that any nation can walk all over it.  Hong Kong, Russia, and the world need to know that there are consequences to actions taken against American interests. Such a message will let other nations know that if they give safe harbor to Snowden that there will be consequences.  Many nations around the world rely on U.S. foreign aid.  Such aid should be conditioned on good behavior.   The message should be clear, “America will be your friend, but you must be our friend too.”

I am tired of the U.S. being Mr. Nice Guy with little or no reciprocation.  I am tired of my country being stepped on by the leaders of other nations only to have our leaders act as if everything is just fine.  This needs to stop.