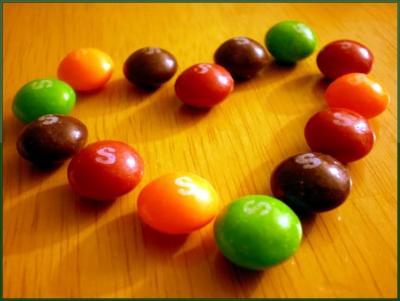 According to FBI statistics, approximately 9,000 African Americans are killed in this country each year.

This horrible carnage is basically ignored by the news media, which treats the vast majority of these cases as non-stories. This is a major tragedy which is consistently ignored by a media that often highlights the deaths of American soldiers in Iraq and Afghanistan. While all of these deaths are tragic, it is much more dangerous for African Americans on the streets of our country than it is for our soldiers fighting in Iraq or Afghanistan.

This African American death rate is shockingly high and should be thoroughly analyzed by the media. Unfortunately, most of our journalists are not fair and balanced. Sadly, too many in the media today are looking for sensational stories and one sure fire method of creating controversy and attention is to stoke fears of racial injustice.

Enter George Zimmerman, a neighborhood watch volunteer, who shot and killed 17 year old Trayvon Martin in Sanford, Florida in February of last year. The media has focused on this one incident, even though approximately 12,000 African Americans have been killed throughout the country in this same time period. The other cases were mostly overlooked because they involved “black on black” crime. FBI statistics show that approximately 93% of African American homicide victims are killed by other African Americans. Such crimes are not juicy or interesting to a media that wants to promote racial division and cause strife in this country.

Clearly, the media focused on the Trayvon Martin case because of the race factor. Trayvon Martin was black and George Zimmerman is Hispanic, although, initially, the media erroneously referred to the neighborhood watch volunteer as “White.”  After civil rights leaders and politicians joined the fray, it was no surprise that Zimmerman was charged with second degree murder.

Zimmerman became the poster child for racism, even though his best friend is an African America. The media depicted Martin as a very young child and presented inaccurate pictures to viewers. Martin was not a young child targeted by a “racist” Zimmerman. In fact, he was a tall, muscular young man who had a questionable past and multiple brushes with the law, but all of this was hidden from Americans.

If Zimmerman was a black neighborhood watch volunteer or Martin had been a white or Hispanic youngster, this story would have been ignored by a media that has no interest in the vast majority of the 9,000 African American murders each year.

As a sensational trial moves forward, the country will learn whether George Zimmerman is guilty or not. We will also learn whether Martin was an innocent youngster trying to get to his father’s house or a troubled young man looking for a fight.

The jury has already heard from a “star” witness who has lied, used questionable language and admitted she did not know how to read “cursive.” This young lady said that Martin referred to George Zimmerman as a “creepy ass cracker.” It seems that the racist in this case may have been Martin and not Zimmerman.

Police photos show that Zimmerman was badly beaten by Martin in the scuffle. He had a bloody face and cuts on the back of his head, images that are consistent with the testimony of a neighbor who said that Martin was on top of Zimmerman as they were fighting on that fateful night. Since he was younger and more athletic, it is logical to assume that Martin was able to get the upper hand in his fight with Zimmerman.

If Martin jumped Zimmerman as the neighborhood watch veteran was heading back to his car, he could have inflicted quite a beating. Zimmerman may have felt his life was in danger and justified in shooting Martin. Florida has laws which allow residents to “stand your ground” and defend themselves with deadly force.

Now, the country is hearing reports of potential race riots if Zimmerman is acquitted. Civil unrest could spread throughout the country. Will threats of potential violence influence a jury that is only supposed to consider facts presented in the case?

Who knows what the jury will eventually decide, but it is tragic that so much is at stake in this one case.  If there are riots, much of the blame for such violence will rest with our news media which created such racial unease with their coverage of this case.

Let’s hope and pray that sanity prevails both in the courtroom and throughout the nation.