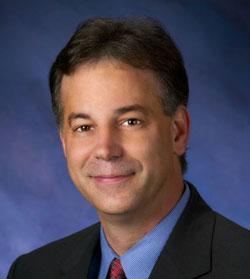 Today, Governor Bobby Jindal announced the appointment of Scott Angelle to the Louisiana State University Board of Supervisors.

Angelle, one of his cabinet secretaries and currently ahead of the state's Natural Resources department has been appointed by Jindal to be his legislative lobbyist and the administration's liaison for federal oil and gas permitting issues.

Also, he was appointed to be the interim Lt. Governor replacing Mitch Landrieu who went on to  become Mayor of New Orleans.

The appointment comes at a moment that the LSU Board must deal with a major budgetary issue that could involve shrinking funding for LSU-run Charity Hospital system.  Also, the university is searching for a new system president after a recent resignation.

The board is composed of fifteen gubernatorial appointments which are subject to senate confirmation and one student member who serves a one year term. Members include: two members appointed from each congressional district and one member appointed from the state at-large serving six year terms.

Angelle will be appointed to serve as a representative of the 3rd Congressional District, as required by statute.

More in this category: « Edwin Edwards' wife Trina posts on Facebook about hopes for baby The real thing: Brees vs. Brady as New Orleans Saints meet Patriots »
back to top