Maestri is the maestro of University of New Orleans sports 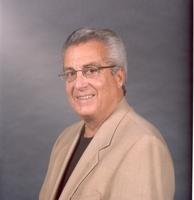 When I was a candidate for athletic director at the University of New Orleans in the fall of 2002, I knew nothing about running a college athletics department. I was a journalist my first eleven years out of college and then spent the next two decades in the National Football League.

I could communicate, the administrative skills I had developed in the NFL were transferable to college athletics, but I had never done it. If I were going to head up a mid-major college athletics program, I would need knowledge that I did not have. So I called the one man who knew college athletics thoroughly and UNO’s situation intimately. Ron Maestri had spent most of his adult life at UNO, first as a highly successful baseball coach for 14 years and afterward as the school’s AD. We met for lunch at the New Orleans Hyatt Hotel adjacent to the Superdome, and I told him I was a candidate for the AD’s job at UNO. Maestri looked me squarely in the eye and said “Do you have a death wish?”
His response came from the challenging experience of trying to operate a program with shrinking funding and a chancellor who didn’t know if the ball was blown up or stuffed with cat hair. He did not see things getting any better for the next AD. That deteriorating situation led to Maestri’s resignation in 1999 after which he became a fixture at the New Orleans Sports Foundation and for the past decade president of the New Orleans Zephyrs AAA baseball team. So it was with that background that I sent Maes a message on Monday night after I heard the incredible news that the 72-year-old Maestri would be named the head baseball coach at UNO on Tuesday. My message said simply: “Do you have a death wish?” Maestri took it in good humor with a gracious response, because we both knew how difficult the job could be in near-normal circumstances.
Now, after the program has gone through a tragic implosion and years of headless direction, new hope exists. New President Peter Fos has added athletics to the difficult task of rebuilding a university that had been torn apart by mismanagement and poor decision making. In short, it is not a “normal” situation that Maestri has volunteered to tackle. But aside from the circumstances and the fact that Maes is at a time in his life when he can do anything he wants, or nothing at all, he has chosen to make the attempt to restore the glory that once was Privateer athletics. And I say "Bravo!"
I don’t know if it was Fos or new AD Derek Morel who came up with the idea of inviting Maestri back, but I applaud the ecision. Someone suggested to me that this is almost like the Saints hiring Mike Ditka to resurrect their good fortunes. That characterization is way off the mark. It is more like the Saints resurrecting Jim Finks to come in and right a ship that had blown badly off course.
Maestri is the only bonafide legend in the half century of Privateer athletics. Oh, Wayne Cooper and Ervin Johnson had long NBA careers, and Maes sent a dozen players to the big leagues. Successful coaches such as Tim Floyd and Benny Dees won at UNO before going to bigger jobs. In latter years, Bo McCalebb has become a star in European basketball and Johnny Giavotella is back with the Kansas City Royals hoping to stay. But none have the identification to rally the 60,000 or so UNO alumni in the metro area like Maestri. His stature has only grown during his time with the Sports Foundation and the Zephyrs, and he became a governmental go-to guy for Jefferson Parish drainage issues as an interim councilman.
In fact, resurrecting UNO Athletics is similar to fixing drainage problems in Jefferson Parish. Some say it can't be done. The ongoing hobgoblin of student apathy still exists, and the program needs funding for employees dedicated to generating revenue through ticket sales, sponsorships and donations. Maestri knows this, has done it and I suspect relishes the opportunity to do it again.


His new book, "Where the Water Kept Rising," is available at Amazon.com and at local bookstores. And don't forget his website:www.JWMillerSports.com

More in this category: « Controversial Jefferson Parish Fat City Ordinance Passes; Lawsuits Next Witch Party Will Get The Hex: Republican, Democratic, Tea Party »
back to top