Ode to Kate, baby and servant-less Middletons of Middle Class 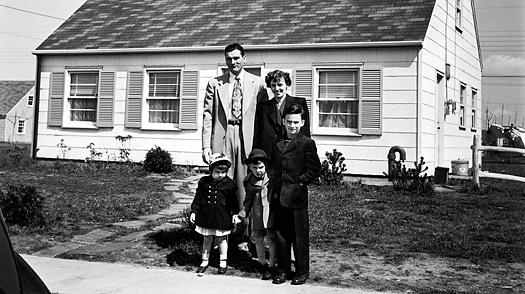 Carole Middleton looked old and haggard as she arrived for yet another day of sitting in the Queen’s private box at the Wimbledon tennis matches.

One would think that, with daughter Kate Middleton waiting for the heir to the heir to the heir of the British throne to pop forward any moment, the last place the Middletons would want to be would be in a quadrangle surrounded by photographers, craning their necks back and forth to watch a little bouncing ball go "Pop! Pop! Pop!"

I mean, since the London Daily Mail keeps telling us, over and over again, about how the Middletons are so middle-classedly wonderful and are going to save the wretched British monarchy and provide...oh, how does the Daily Mail put it...? Like this: "The [Middleton] family will be able to offer the future heir to the throne stability and normality away from royal households run by servants." Well!

I mean, if the Daily Mail’s reports that the Middletons have NO SERVANTS (the implication being that "servants" provide the basis for monarchical instability and abnormality), then...then....

Shouldn’t Carole and Michael Middleton and all the other non-pregnant little Middletons like cakemix mogul James, cooking authoress and sweater-set demimonde Pippa, and even druggie-doper-pimper Uncle Gary be...well, cleaning up the new Middleton mansion in Bucklebury just a bit, instead of gadding all about at Wimbledon and the Serpentine summer party and swanky aristocratic weddings?

Isn’t there supposedly a royal baby on the way that needs all the Middletons, ready and waiting with their normal and stable environment, easily at hand?

Shouldn’t Carole and Michael be busily buzzing and bustling about the Bucklebury hearth, sweeping and mopping and splattering bleach about, boiling the water and getting lots of clean towels ready, making sure that the wallpaper in the nursery is up and the pink or blue paint all dried, the crib and changing table solidly put together, the Diaper Genie fully functioning, the baby bottles washed, the dogs and cats kept out securely with one of those handy accordion gates, the washers and dryers all working and in top order, the electric bill pre-paid, and Kate’s pillows all plumped and at the ready?

Is there no nice bottle of champagne being put on ice for the blessed event fast approaching?

Who’s in charge of saving the British Monarchy at the Middleton Mansion?

I mean, if there really are NO SERVANTS lurking about the Middletons’ Bucklebury mansion, shouldn’t Carole and Michael be home...vacuuming and dusting? Making sure the larder is stocked and ready, frozen pizzas at hand, all the telephone numbers for the Chinese and Indian and Moroccan take-aways properly posted on the fridge, and the myriad diapers and nappy thingies all set out at the ready? Shouldn’t the Middletons be sweeping the carpets and making sure that the lightbulbs are all working, the cable television all paid up and running, and the laundry under control?

Who, pray tell, is taking care of all this if there are NO SERVANTS about?

Carole and Michael, the new king and queen of the Committee to Ensure a Sable and Normal Environment for Future British Monarchs, seem pretty blase and la-di-dah in their roles as the saviors of the British Monarchy. Favoring the same spotted animal prints that her daughters, Kate and Pippa Middleton, regularly don, Carole was seen wearing a black and blue-spotted overly-youthful dress to go with her heavily-lined face and two squinty-eyes that would disappear into drooping eyelid folds if not for the ubiquitous eyeliner.

Don’t get me wrong. After watching the Middletons for the past decade, I know that Carole’s frownie-face-lined, dour, hang-dog appearance is nothing that a holiday stay in a $50,000.00 a week villa in Mustique won’t cure.

But with NO SERVANTS about to foster an atmosphere of instability and abnormality, when will poor Carole and Michael ever find the time to jet away to their private beach hideaway? A hideaway where, one can only assume, they don’t have any servants and will do all the marketing, cooking, cleaning, washing up, rinsing out, chandelier-dusting etcetera tasks by themselves, because servants are so villainous and cannot be trusted, except to create a diabolical atmosphere of instability and abnormality.

I just want to know one thing: Exactly how do royal servants go about doing this?

Are the Middletons and the Daily Mail claiming that royal servants are all satanists, singing sinful ditties and devilish odes to Baal or something? Because that is the only good reason I can think of for not having any.

As for me, every two weeks, I pay an emigre housecleaning entourage composed of Marcomannic War refugees who speak an incomprehensible tribal language known only to secret bloodline descendants of the Scyrmidae to attack my household, and clean it top to bottom. Based on what I learned in University Anthropology 101, I would bet that they worship Sabazios, due to the slab of fresh horsemeat they sometimes leave behind in the freezer. But, wow, can they clean or what?! If I had any inkling that they were doing anything, apart from dusting and washing and scrubbing and rinsing and folding and picking-it-all-up –anything at all that would be diabolical, or create an atmosphere of instability and abnormality-- why...why...I am not even sure that I could terminate their employment, since worshiping demigods and whispering incomprehenibly isn’t per se grounds for dismissal, and I might then find myself before some kind of workers’ tribunal and my Balkans visa revoked.

All I know is that I leave the money out on the kitchen island, and when I come back, all is clean and unbelievably tidy.

It’s like the gods descending from Mount Olympus, and wreaking only wondrous feats of habitashery.

It still doesn’t give me time to park myself anywhere near Wimbledon, let alone inside the Royal Box. But, if I or my loved one had a baby on the way, I would fill up the freezer with fresh horsemeat, consult Herodotus on how to treat them, and get myself some full-time servants, pronto!

What’s unstable and abnormal about that?

I might even have a spare moment to watch a little bouncing ball go "Pop! Pop! Pop!"