Paula Dean, Northern fruitcakes and the South has risen again 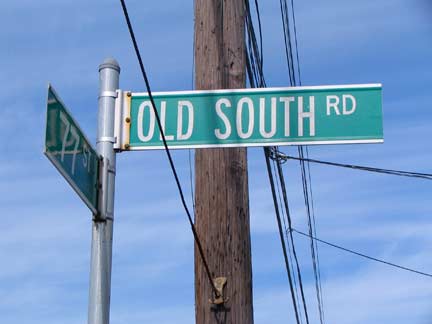 Our friends up north need to let it go.  According to a cross section of northern commentators, the Second Reconstruction may be over, but they think a third one may be necessary.

The first came with the demise of the South following the Civil War.  The second began a century later when the Voting Rights Act was enacted in 1965.  But this is no longer the ’60s, and the Supreme Court, with whom I often disagree, got this one right.  The South can finally be treated like everyone else.  And this apparently makes a good number of our northern friends, particularly on the east coast, disgruntled.

Consider the Washington Post’s take in an Op Ed by their columnist Harold Meyerson. He suggests that, “Underpinning all this was the virulent racism of the white Southern establishment.”  But he’s just warming up.  He goes on to say:  “If the federal government wants to build a fence that keeps the United States safe from the danger of lower wages and poverty and their attendant ills – and the all around fruitcakery of the right wing white South – it should build the fence from Norfolk to Dallas. There is nothing wrong with the fence as long as you put it in the right place.”

This kind of attitude goes much further than just having a problem with voiding the Voting Rights Act. When you refer to Southerners as fruitcakes, and suggest a border to keep them in their place, it reflects a weird desire for sectionalism, and a long tired grudge to keep re-fighting the Civil War.  Look, we down here acknowledge that the South lost the war.  Oh, it was close, and bull-headed politicians on both sides caused over one million solders to die.  But that was then, and most of the South has let it go. But it appears that many in the North still have trouble with it.

Sure there are racial issues to deal with.  To many observers, who’s to be believed in the Travon Martin-George Zimmerman case comes down to black and white.  Remember the racial breakdown in the O.J. Simpson trial out in California?   Polls showed it to be 90-10.  Overwhelmingly, whites thought Simpson was guilty.  Over 90% of African-Americans believed he was innocent.  I can remember watching split TV screens showing African-American groups cheering, and rooms full of whites shaking their heads in disgust.  Racial issues and unrest are still realities all over America.

You can’t fully pick up on attitudes and prejudices in a large city by visiting it for only a few days. But spend several months in New York City, as I did last winter, and over several months of daily interaction, you pick up on attitudes and prejudices.  Profiling is a way of life in the Big Apple.  Police officers regularly stop and frisk by observation, and it is primarily black and Latinos who get searched.  An Arab with a headpiece generally gets a second look by many passersby.  The city is a melting pot, but ethnic background plays a role in what schools and clubs many families are allowed to attend and join.  No, this is not the South.  This is America.

As I travel throughout the country, I’m still somewhat surprised by the stereotypes of southern living held by a good number of those folks living above the Mason-Dixon Line.  Oh, we have our share of Good Ol’ Boys, and I do tell my share of redneck jokes.  I miss George Jones, I like country music, and I do drink Dixie Beer.  But the South is not all Bubbas and banjos.  Well, all right, I do play the banjo and my doctor’s name is Bubba. But a number of northern opinions reflect the South as being outside what is considered to be the American norm.

Many non-southerners form an opinion of the whole South from movie stereotypes like Steel Magnolias, Sweet Home Alabama, and last year’s hit, The Help.  TV hits like the Dukes of Hazard, Mayberry, and the Beverly Hillbillies created impressions that will stick with viewers from Boston to San Francisco for a lifetime.  And who can forget Deliverance?  University of Tulsa cultural studies professor Robert Jackson says that the film is “powerful and pernicious.  It’s had a tenacious hold on people’s imaginations, establishing the hillbilly as a kind of menacing, pre-modern, medieval kind of figure.”  There’s a great deal of nostalgia about an earlier way of southern life and romantic notions about southern life today. Sure we love to watch and re-watch Gone with the Wind.  But so do millions, not just all over the U.S., but all over the world.

Numerous writers migrated to New Orleans to find their creative juices.  Tennessee Williams, Robert Penn Warren, Sherwood Anderson, William Faulkner, Eudora Welty and Ernest Hemingway, to name a few. Food?  You can have New York and San Francisco.  I’ll take Emeril Lagasse, Paul Prudhomme, John Besh and a host of other Southern restaurateurs any day.  And at half the northern price.  Maybe, just maybe, there is some envy about a culture that seems to produce an inordinate number of “rednecks” who are talented, creative, and so successful that it puts the rest of the country to shame.

Let’s not even talk about sports.  Start with SEC football, led by LSU and Alabama. Kentucky is listed as pre season number one in basketball.  The list in other sports shows vast southern dominance. Nuff said.  Jazz, the blues and country music were born in the South.  Did you know that America’s first opera house was in the New Orleans French Quarter?  And what about American patriotism and commitment?  47% of all the U.S. military casualties in Afghanistan were from the South.

Not only can the South be eloquently defended, there’s a case to be made for southern exceptionalism.  Sure there are continuing problems to be worked out, just as there are all over America. And maybe there is a case for reconstruction.  Not because the south wants to “rise again.”  No, it’s a reconstruction of bigoted and outdated northern attitudes that have held both north and south back for many years.  You folks up north take care of your “fruitcake” comments, and we’ll do our best to handle Paula Dean.  Oh, and can you pass the grits and biscuits?

Jim Brown’s syndicated column appears each week in numerous newspapers throughout the nation and on websites worldwide.  You can read all his past columns and see continuing updates at  http://www.jimbrownusa.com.  You can also hear Jim’s nationally syndicated radio show each Sunday morning from 9 am till 11:00 am, central time, on the Genesis Radio Network, with a live stream at  http://www.jimbrownusa.com

More in this category: « New Orleans Area Events: Balls, Dancing and Fun Louisiana College Experience Taking Turn for Worse Due To Budget »
back to top