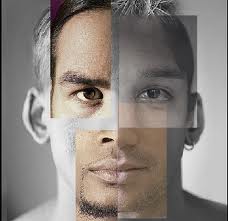 The gavel has sounded and the Trayvon Martin, George Zimmerman criminal trial is now a matter of history.

No matter what anyone of us believe about the innocence or guilt of George Zimmerman, we are left with a dead teenager and far too many questions that will never, ever be answered.

Perhaps, one day, we will find out exactly what the jury saw, heard and read during the weeks of the trial.   Some of our uncertainties will be resolved. Regardless, the verdict is rendered and our legal system, though not perfect, has spoken.

My personal belief is Zimmerman was not believable.   Nor did he testify, as was his constitutional right not to do so.  Ultimately, he will likely do so in a civil case that has been filed by his parents.  However, the prosecution did not connect the dots and tell a coherent story required to overcome any reasonable doubt.

There are those who feel the state brought the case due to racial political pressures without probable cause.  There are others who believe justice demands protection when a person dies at the hands of another when there are sufficient facts that cry out for the ultimate in judicial determination.

I accept the verdict of this jury and hope that most of us do so, not because any of us are wrong in of our opinions.  It is just the right thing for us to do.  The judicial system requires respect and all matters deserve some sense of finality.

I do hope the football-game-like atmosphere and tensions existing between the far right and the far left is softened by the court decision.  The truth is, the Zimmerman trial is not a Super Bowl game of the “whites” versus the “blacks”.  Neither can claim victory or defeat, nor should they.  This was a case dealing with facts that that were ripe to trigger off the most deeply-held hostilities.  The more that we approach this and other similar conflicts as an us versus them, the more difficult it becomes for all of us to be “we”.

Indeed, it is a moment that we have a legitimate and sober discussion about race relations as we proceed through the second decade of the 21st century.  Roughly one-half century has passed since the days that blacks successfully entered the era of civil rights made necessary by decades of inhumanity of slavery, then Jim Crow.

Specifically, we must come to terms over the realities that blacks feel they are being profiled by whites.  In my view, they are.  We must understand the anger, the fear and the hopelessness they feel when they witness incidents such the death of Trayvon Martin.  A young black kid killed in the mystery of night under conditions that reinforce the perceptions of profiling will not be dismissed without due scrutiny.

Yet, some in the black community must also understand that profiling exists on the streets, in the workplace and within our schools for many reasons.  Our cities are overrun by black versus black violence and the resulting crime produces even more apprehensions and fright.

The truth should be told that those living today had little or nothing to do with what our fathers did and their fathers before them.  Unfortunately, if we think life will be better by not addressing the disparities existing between us, we will only continue down a road of never-ending conflict.

If Trayvon Martin’s death and George Zimmerman’s nightmare before us were to have any meaning, it should be that we must rely upon our heads before and more so than we call upon our hearts.  This is especially true when our differences involving race, ethnicity, religion or sex is implicated.

Our passions can be paused often when we stop being overcome by the discomfort of their winning and our losing at all costs. We cannot understand others if we do not allow ourselves to do so.

Hate only creates problems.  It fails when it tries to render solutions.