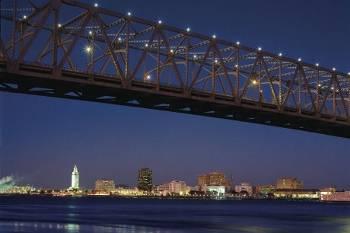 Today, The Idea Village kicks off the 2014 Entrepreneur Season! All New Orleans-based entrepreneurs looking to accelerate the growth of their startup ventures are invited to register at www.ideavillage.orgto access free business resources. Additionally, three general information sessions will be hosted at The Idea Village on Wednesday, July 17th, 24th, and 31st from 3pm – 5pm.

Check out this highlight video of the 2013 Season. Ride the 3rd Wave.

Building on that momentum, from now until March 2014, the 2014 Season will connect over 1,500 New Orleans entrepreneurs with 5,000 professionals, MBAs, investors, economic development and corporate leaders, as well as global luminaries, who will deliver direct support by providing strategic consulting, seed capital, and in-kind resources through over 150 unique events in New Orleans.

Entrepreneurs can participate in the 2014 Season through a variety of educational, consulting, and capital access programs:

$1·  If you want to learn and connect, check out IDEAinstitute.

$1·  If you’re starting a high-growth business, check out IDEAxcelerator.

$1·  If you’re looking for strategy on growing your existing business, check out IDEAsessions.

$1·  If you’re in a position to raise angel or venture capital, check out Capital Village.

This year, we are engaging a number of dedicated mentors to support our programs. Meet the line-up of 2014 Mentors here.

OUMA, LOUISIANA – Building upon year one of a five-year economic alliance between Terrebonne Parish and Weihai City, China, officials from the parish have completed a week-long trip to China and returned with news of multiple developments.

“It’s hard not to be optimistic based upon the quality of our meetings, pledges of support, and plans for the balance of the year,” said Steve Vassallo, chief executive officer of the Terrebonne Economic Development Authority (TEDA):

$1·         Weihai Vice Mayor Tian Zhiying has instructed the Foreign Affairs Office to begin preparations to send a business delegation to Houma later this fall to focus on the shipbuilding industry. Terrebonne Port Director David Rabalais will assume the overall responsibility for the visit and will coordinate the delegation’s schedule with Weihai Foreign Affairs Official Yu Guochun, who spent three months earlier this year working out of the TEDA offices in Houma.

$1·         During a meeting with U.S. Embassy officials in Beijing—hosted by Rosemary Gallant, Principal Commercial Officer—Terrebonne officials were invited to attend an upcoming U.S. Commercial Service conference in Washington, D.C., where 70 potential Chinese investors desiring to expand their portfolios into U.S. properties will be present. Embassy officials also pledged to work closely with Weihai companies interested in entering the U.S. market and extended an invitation through TEDA officials to visit the embassy in Beijing to expedite activities.

$1·         Officials with the China Council for the Promotion for International Trade (CCPIT) discussed the growing interest in China of “entrepreneurism” and expressed interest in participating in the 2014 Louisiana/Mississippi Entrepreneurship Fest—which will be held in Houma in the fall of next year.

“Yet another highlight of the visit was to incorporate TEDA’s Kristen Legendre into Weihai’s Foreign Affairs office for the next 90 days,” Vassallo said. “Vice Mayor Tian also would like to see Ms. Legendre work out of the Bureau of Commerce as well as the Weihai Municipal Government offices during her tenure in Weihai. She will be coordinating visits to Terrebonne Parish as well as exploring new investment opportunities from Weihai businesses.”

“All in all, the intense meeting schedule—12 meetings in 4 days—was about all we could schedule without physically falling out because of the logistics difficulties,” Vassallo added. “The extreme distance between Weihai and Beijing coupled with the enormous traffic flows would be a test for any delegation.”

The Terrebonne group included Vassallo, Rabalais, Legendre, and TEDA Board Chairman Clarence Williams. Vassallo and Williams headed the first delegation visit when the five-year economic pact was inked with Weihai on June 19 of last year.

CF Industries Holdings, Inc.  today reported that regulators in Louisiana and Iowa have issued final air emission permits related to the company’s capacity expansion projects in both states. The Donaldsonville, Louisiana project consists of new urea and UAN plants scheduled to come on stream in the second half of 2015 and a new ammonia plant in 2016. The Port Neal, Iowa project consists of new ammonia and urea plants scheduled to come on stream in 2016.

“We are pleased that we have reached a key milestone in our capacity expansion projects in Louisiana and Iowa,” said Stephen R. Wilson, chairman and chief executive officer, CF Industries Holdings, Inc. “With the issuance of these permits, we remain on track to begin construction activities at both sites this summer and believe that our projects will be among the first in North America to be in production.”

NCLR (National Council of La Raza) will celebrate the growing Latino community of the Gulf South and the power of the national Hispanic consumer at the 2013 National Latino Family Expo on July 20–22 in New Orleans.  NCLR brings this annual event to New Orleans for the first time ever, held in conjunction with the 2013 NCLR Annual Conference at the Ernest N. Morial Convention Center.  Children and adults alike will find something educational, entertaining and potentially lifesaving at this completely free event.  From dental and health screenings to Zumba classes, celebrity autograph sessions and cooking demonstrations to games and musical entertainment, every member of the family will find something to do.  Families can cheer on their favorite dancers in a competition or root for the home team in the COPA-NCLR soccer tournament.
In addition to nationally renowned talent, speakers and entertainers, the Expo will welcome Nickelodeon characters Dora the Explorer and her cousin Diego along with other costumed characters such as Curious George, the Cat in the Hat, Doky, the Pillsbury Doughboy, Buzz Bee from Honey Nut Cheerios and the Lucky Charms Leprechaun.
The National Latino Family Expo, title-sponsored by UPS, is a unique and exciting weekend attraction that appeals to participants of all ages.  The largest event of its kind in the country, focused on providing resources and activities for the Latino family, it will feature more than 200 exhibitors showcasing their products and services. The Expo is open to the public, and attendance is free of charge.