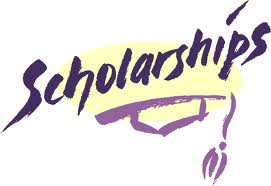 In the 1990’s, the Louisiana public was shocked by the revelations that Tulane had granted to certain government officials the right to grant university scholarships to individuals.

The public was generally unaware of this offering and it became the Tulane Scholarship scandal.

So, fast forward to today.  For many years, the State of Louisiana has awarded the LSU Board of Supervisors a perk that many citizens have no clue existed—scholarships to the university.

Tyler Bridges, reporter for The Lens, a non-profit online newspaper, broke the story by providing details of the scholarship awards in an article  last week.

On Wednesday, I interviewed Bridges via Google Hangout to discuss more details about the scholarship program.  Below is a rough transcription of the first part of the video interview.  Part II of the interview follows, tomorrow.

This past legislation session, legislator a State Senator from Baton Rouge, named Dan Claitor sponsored a bill that the legislature approved and this bill requires LSU to post on their website, every single scholarship recipient, every scholarship awarded, every member of the board of supervisors  and has similar language for Southern University Board of Supervisors.

What i reported is and what has really become clear since I wrote my piece is that the public simply does not know, so let me take a moment to tell the people what is involved here.

For years and years and years, the LSU Board of Supervisors which has 15 members appointed by the governor to six  year terms and the sixteenth member which is a student, every single board member of the sixteen member board is allowed to award up to 20 scholarships per year to study at LSU.  Now it turns out that most undergrads entering are on the TOPS scholarship and when i went over the list as to who got the scholarships last year it turns out that more of the scholarships go to the Law school and the LSU medical school.  Again, i think this is news to a lot of people that the LSU board, picked by the governor, each member gets to award up to twenty  scholarships per year and it turns out that none of the board members  awarded the full 20 scholarships  and i think because the public doesn't know.

I think, Steve, this has been kinda been an insider deal, you know a supervisor, you know one of the board members and then you go to him or her and then they award you a scholarship.

SEE VIDEO INTERVIEW AT BOTTOM OF THIS ARTICLE AND COMMENT

More in this category: « Obama, Tea Party And 2012 Presidential Elections Louisiana Gov. Jindal Talks To Navy Sec. Mabus About Avondale »
back to top