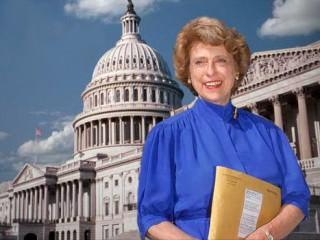 She had been ambssador to the Vatican during the Clinton administration.

Congresswoman Boggs died of natural causes at her home in Chevy Chase, Md., according to her daughter, ABC News journalist Cokie Roberts.

Boggs' years in Congress started with a special election in 1973 to finish the term of her husband, Thomas Hale Boggs Sr.

Boggs succeeded Hale Boggs after his airplane disappeared over Alaska resulting in her winning a special election.

Watch videos of Lindy Boggs below