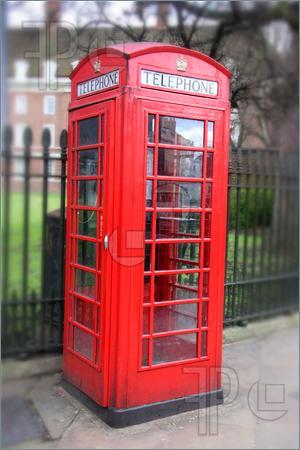 Joke of the day:  Which is more crowded today in Louisiana?

Democrats in the voting or the phone booths?

Of course, phone booths were once the symbol of the Louisiana Republican Party, circa Dave Treen's gubernatorial run.

If Senator Mary Landrieu does not win re-election next year, possibly the top two reasons for her demise would be the Louisiana Republican Party and the Republican National Senatorial Committee.

Add to that, a phone booth or two, of course.

The truth is, almost daily, these two organizations pound Landrieu over ridiculous matters such as Anthony Weiner (and Bill Clinton) to legitimate issues such as her healthcare vote.

Landrieu is one of the sitting democratic Senators who is considered vulnerable in 2014, although over the past three elections, she surely surprised the naysayers.

However, this year, there is a real question as to whether the Louisiana Democratic Party and the state’s democratic infrastructure will be competitive.

For one, when your only statewide elected official happens to be the party running for office, it is hard to get the big-wig politicos to rally the support.  In the past, for the most part, Landrieu had almost all of the state’s elected officials supporting and campaigning for her.  A statewide elected official campaigning is important because when they hit the road for fellow party candidates, they often are able to pull a crowd plus their presence at these events helps the procuring of free media coverage.

Also, on the front lines for the GOP Senatorial candidate will be the presence of all sitting Louisiana Congressmen but for Cedric Richmond of New Orleans, who arguably could have his own concerns running for re-election.

For backup, the republicans can also rely upon the majority of the state legislators, who also happen to be a member of the “red” team now-a-days.

Patricia (Pat) Brister is now running the political show on the Northshore.  Given her very solid credentials as former Chairperson of the Louisiana Republican Party and former Republican National Committeewoman, you can probably take her party vote to the bank, now.

Norman could be a different story.  Jefferson Parish is the Orleans Parish suburb—Landrieu’s home turf.  His popularity is at the helium level.  Throwing his support for Landrieu would not hurt his chances back home, one bit.  However, some politicos believe he might jump into the gubernatorial ring.  If so, his support for Mary Landrieu will not endear him to the hearts of those that really matter.

One of those hearts happens to be fellow Jefferson Parish resident, Roger Villere.  Villere, the Louisiana GOP Chairman also is number two  in the national party ladder hierarchy. His credibility, as a power player might also be under the crucible of public and party scrutinies.  While he has done a masterful job during his long stint as head pachyderm, a very high-profile, public national loss in a critical senatorial  race, that is winnable, would be a political albatross around any future national party aspirations.

While the Louisiana Democratic Party showed some life during the most recent legislative session with its frequent updates often attacking Governor Jindal, on the matter of Senatorial politics, compared to the high-profile GOP, the word “siesta” would be a compliment in describing its effort in this arena, to date.  Their big statewide annual dinner could help mobilize the effort, but the only real recognizable statewide official present could be Landrieu, herself.

For those backing three-term winner Mary Landrieu, they must.

If not, the last man out of the booth, please hang up.