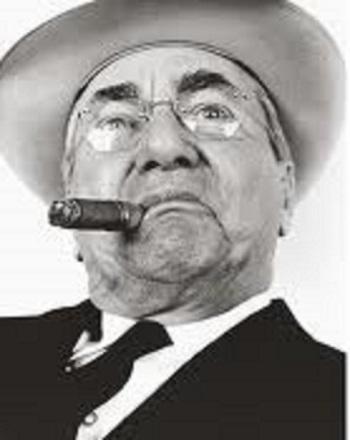 A lawsuit against Big Oil for environmental damage by the Bayou State?  Are you kidding me?

Who could possibly have thunk it?  Why it’s almost blasphemous to challenge the oil industry in a state where oil revenue has been the mother’s milk for both campaign contributions and government spending for longer than anyone cares to remember.  Oh, sure, oil companies big and small have rarely received as much as a slap on the wrist for the extensive environmental damage that has been a significant factor in Louisiana losing almost 2000 square miles of coastal land since the 1930s.  But now, it may be time to pay the piper for all those years of neglect.

Certainly, one cannot blame the massive land loss and environmental damage solely on the oil industry.  But over the past 70 years, by cutting through thousands of miles of Louisiana wetlands to reach valuable oil drilling locations, and then by digging pipeline canals, vast wetlands destruction took place.  In Louisiana, officials in charge of protecting these invaluable coastal wetlands have, in most cases, let the private sector off the hook and turned to government funding, both state and federal, in a weak attempt to reverse the damage. The state’s slogan could well be, “quick to complain, but reluctant to aim at those who are responsible.”

But that attitude changed a bit in the past few days.  Under Louisiana law, the governor appoints a number of levee boards that are charged with the responsibility of protecting landowners from flooding up and down the Mississippi River, as well as throughout the wetlands.  And being appointed by the governor, they generally adhere to his biding.   A south Louisiana levee board, which is charged with protecting areas surrounding greater New Orleans, took the bold step of filing a multi-$billion lawsuit against 97 oil companies, operating throughout the state including BP, Mobile, and Exxon.

The lawsuit, filed by the Southeast Louisiana Flood Protection Authority-East, alleges, that “the oil network functions as a mercilessly efficient, continuously expanding system of ecological destruction — killing vegetation, eroding soil and allowing salt water into fresh water areas.”  The filing further charged:  “What remains of these coastal lands is so seriously diseased that if nothing else is done, it will slip into the Gulf of Mexico by the end of this century, if not sooner.”

So how is Louisiana Gov. Bobby Jindal, who appointed the various board members and who has received strong financial support from the oil industry, reacting?  “Livid” and “how dare they” would be cautious words.  He accused trial lawyers of “high jacking” the levee board, influencing them to file suit, called such legal action outrageous, and demanded the law suit be dismissed and the lawyers fired.  But levee board members say that this is a question of being responsible, and that they don’t plan to back down.  As board member and noted author (“Rising Tide”) John Berry says: “Like Pottery Barn, we just want them to fix what they broke.”

Oil has been the backbone of the south Louisiana economy for many years.   Louisiana was seduced by an outside industry full of vast economic promises. The money came in easily and there can be no dispute that many new jobs were created.  But there is a cost to the spoils of oil production, and this new lawsuit claims that this untold cost has not been nearly repaid.

Public officials have been too often lured by the financial temptations. A number of Louisiana politicians, including Gov. Huey Long in the 1930s and Plaquemines Parish dictator Leander Perez in the 1950s, made off like bandits by creating family controlled corporations, and awarding themselves public oil leases that made them hundreds of millions of dollars.  Oil company campaign cash has flowed into state and local political campaigns for decades. Perez was particularly aloof from the public interest when he used his political clout to blackmail then Governor Earl Long back in the late 1940s to reject a federal-state split of off shore oil.  President Truman forged a compromise on the federal –state land dispute by offering Louisiana two thirds of all off shore oil out to a three mile boundary, then one third of all production from that point on out into the Gulf. Perez opposed the deal as his “vested interest” made him greedy, and Louisiana ended up receiving not one penny after a protracted battle all the way up to the U.S. Supreme Court. The failure to take this settlement has cost Louisiana, by several studies, more than $500 billion (that’s billon with a “B”) in lost revenue.

Remember the 1953 movie Thunder Bay?   Jimmy Stewart plays an oil wildcatter who discovers oil in the Gulf.  When the locals rise up in arms, Stewart makes no bones about what they face.  “There’s oil under this Gulf.  We need it.  Everybody needs it.  Without oil, this country of ours would stop and start to die.  And you would die.  You die,” he tells the crowd.  “You can’t stop progress.  Nobody can.”

Stewart might have been right, but history tells us time and again that with resources and power there is responsibility.  Did Louisiana accept the riches of the land, but fail to demand that those who set the rules, those who govern, be good stewards of these bountiful resources?  Or did the state just stand by, pocket the money, and demand little in protection and environmental accountability?

Will the lawsuit prevail?  Probably not.  It will be hard to overcome the objections of Jindal who is so vehemently opposed to any legal effort that would hold the oil industry accountable.  In years past, the Bayou State made a deal with the Devil.  It would seem to be a good faith effort by the levee board to see that there is payback time.  But their task is daunting.

The fault really belongs at the feet of public officials, who for years failed to enforce the state’s environmental laws.  “O! I have ta’en too little care of this,” said Shakespeare’s King Lear. These words can easily be the epitaph of those in charge — those politicians who made a bad environmental bet on the Bayou.

USE YOUR FACEBOOK SIGN-IN AND DISCUSS THIS ISSUE BELOW