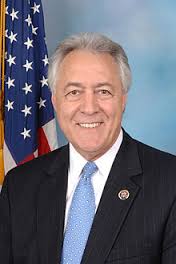 Republican Louisiana Governor Bobby Jindal and Democrrat US Senator Mary Landrieu expressed sorrow on the announcement that Congressman Rodney Alexander would not run for re-election for U.S. Congress next year.

“Most importantly, Rodney didn't let Washington change him. He never forgot where he is from. Many folks go to Washington and they get taken over by the ways of political life. Not Rodney. Rodney's service in Congress should be a model for the folks who seek elected office as a way to break through the gridlock and find solutions that help people instead of trying to score political points.”

“Rep. Alexander has been an incredibly valuable member of our delegation, and one of the few willing to reach across the aisle. He refused to let the partisanship that has poisoned Washington deter him from doing what was best for his constituents and our state. I will miss serving with him.”

According to the Monroe News Star, Alexander said earlier:

"Rather than producing tangible solution, to better this nation, partisan posturing has created a legislative standstill," Alexander said. "Unfortunately, I do not foresee this environment to change anytime soon. I have decided not to seek reelection, so that another may put forth ideas on how to break through the gridlock and bring about positive change for our country."

Alexander, won his first race in 2002 by less than 1,000 votes as a Democrat. He later became a Republican.

More in this category: « Obama: Koran Burning Dangerous, 9/11 Mosque Should Be Protected Louisiana Election Winner Favor Vitter, Melancon, Incumbents While Other Voices Tea Off »
back to top