Louisiana's Jindal 4th in CNN VP Poll, but he has job he wants 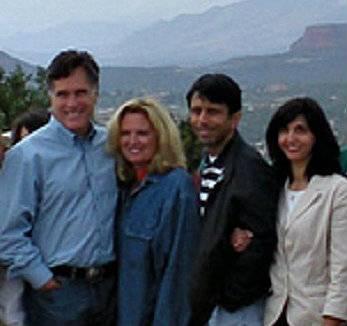 With Louisiana facing massive healthcare, education and budget problems while Governor Bobby Jindal has been campaigning for Romney’s vice-president, he might be facing his own personal problem. According to a new poll, among those who actually might vote, he comes in fourth place as the person they want to be the Romney pick.

There is again speculation that Romney might announce his VP pick this weekend, however, some pundits claim these suggestions are merely distractions Romney is using to keep negative focus away from his campaign and to build positive momentum.

According to CNN, “Rubio is the favorite to become Romney's vice presidential pick, with support from 28% of Republicans and GOP-leaning independents, according to a new CNN/ORC poll. New Jersey Gov. Chris Christie and Rep. Paul Ryan, R-Wis., are tied with 16% support each.

Jindal is at 8% support in the CNN/ORC poll, followed by Portman and Virginia Gov. Bob McDonnell at 6% and Pawlenty with 4%.

The poll of 419 Republicans and GOP-leaning independents was taken Tuesday-Wednesday. It has a margin of error of +/- 5 percentage points.

However, one of the possible candidates getting much of the “media buzz” is Paul Ryan.

“House Budget Chairman Paul Ryan is getting some high-profile support to be Mitt Romney's running mate.
The Wall Street Journal today promotes Ryan for the No. 2 slot on the GOP ticket and argues in its lead editorial that the Wisconsin Republican can help Romney win an election based on big ideas.
"The case for Mr. Ryan is that he best exemplifies the nature and stakes of this election," the WSJ editorial says. "More than any other politician, the House Budget Chairman has defined those stakes well as a generational choice about the role of government and whether America will once again become a growth economy or sink into interest-group dominated decline."

In fact, according to Red State, here is an email that was sent out by the Louisiana Chairwoman of the Obama for President campaign:

Which might not bother Jindal too much. When asked by CNN on Thursday, the day the CNN poll was released, if he's awaiting word from the Romney campaign on whether or not he'll be picked, Gov. Bobby Jindal deflected the question – then intimated that the selection itself won't amount to much.

According to CNN, “"The bottom line is, this election is about two different visions for America," the Louisiana Republican said. "This election is about Gov. Romney wanting to grow the private sector. President Obama, he's had his chance. His policies haven't worked."
"This election is not about Joe Biden. It's not about the vice president. It's about the two guys running at the top of the ticket," Jindal added.
Which ultimately might suit some in Louisiana who want the governor to focus like a laser beam on major cuts in Medicaid, higher education being sliced to the bone, and an new education reform touted by the Governor but which is now being slammed in the local and national media for lacking accountability and for giving voucher handouts to kids to go to charter schools that denounce evolution as a science and which promotes the world was created only 10,000 years ago.
After all, Jindal has been saying now for for over four years ever since his name has surfaced for the GOP vice president spot, “"I've got the job that I want,"