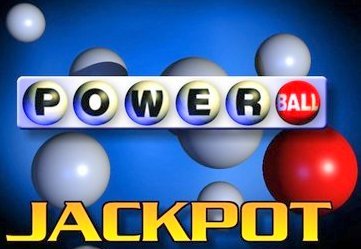 A few weeks ago, I began to think we had given up.

There were new revelations, almost daily, about how some government agency is scooping up and harvesting all available tidbits of our personal lives.  We’ve all heard about the usual suspects — the NSA, GSA, DOS, DOE, IRS, FEC, DEA, FBI, DOD, USPS, and how federal agencies know everything from your current shoe size to your last flirtatious email or phone call.

The Internet makes it so easy for government agencies to find out everything about you.  That was the conclusion of a new book I read over the weekend.  In Digital Disconnect, Robert McChesney writes: “The domination of the Internet by a handful of monopolists, as well as the emerging cloud structure of the Internet, is perfect for the government. It need deal with only a handful of giants to effectively control the Internet.”

It’s like one stop shopping. One letter to your telecommunications company from the FBI or the NSA, and voilà, your life becomes an open book for a litany of governmental information trackers who say that they are looking for the terrorist needle in a haystack.  Unfortunately, the whole nation of more than 300 million citizens has become their haystack.

Sure, we all agree that in this new world of digital technology, the definition of just who are the real threats to our security, and how we defend ourselves has changed.  But do we just ignore constitutional guarantees for the sake of security?  Does the fourth amendment mean anything anymore?  Has it become irrelevant, and is it being ignored on a daily basis?  Americans want to feel safe and secure, but they should want accountability and some understanding of how the security system works.

Instead, congress has allowed the National Security Administration to operate in complete secrecy, not even telling members of congress how they operate.  The NSA has a secret budget, operates under a secret law, with a secret court system.  The President has apparently authorized his operatives to secretly follow his secret interpretation of the law.  The Chief Justice of the U.S. Supreme Court appoints the secret court.  So with congress standing passively on the sidelines, in dereliction of their duty, demanding no oversight — we have all three branches of government in collusion to hide the entire process from the American people.  We have allowed these constructors of this secret process to put in place a truly Orwellian apparatus for spying on the entire nation.

It’s as if America’s world today has morphed into Kafka’s world of The Trial.  “It’s in the nature of this judicial system that one is condemned not only in innocence but also in ignorance. Where was the judge you’ve never seen? Or was it High Court you never reached?”

James Madison is considered to be the father of our Constitution, and he expressed deep concern for the vast accumulation of governmental power.  In the Federalist Papers, Madison wrote: “The accumulation of all powers legislative, executive and judiciary in the same hands, whether of one, a few or many, and whether hereditary, self appointed, or elective, may justly be pronounced the very definition of tyranny.”  Are we approaching that definition in America today?

If we honestly thought that that the gathering of these gazillions of electronically created messages could stop a terrorist, many of us would be more reconciled to giving up some of our privacy.  But outside of a few vague hints of discovering danger, the Obama Administration has failed to point to any specific threats that have been identified.  And there have been continuing examples of our security system dropping the ball on leads that fell right in their laps.

In the case of the Boston bombers, the FBI received not one, but two direct calls from Russian security agencies warning about the potential dangers of the two brothers born in the Russian province of Kyrgyzstan.  The warnings were ignored, and we know the tragic results.  Basic gumshoe police work and the following up on the electronic data of those who were suspect would have averted this catastrophe.

Fox news commentator Judge Andrew Napolitano put it this way.  “Would we all be safer if the feds could knock down any door they wished and arrest any person they choose?  Who wants to live in such a society?  What value is the Constitution if those in whose hands we have reposed it for safekeeping are afraid to do so?”

Can we have it both ways… living safely yet freely?  Yes, but there has to be more trust. Many Americans don’t sense that trust by those in Washington who are supposed to be leading.  Tell us the dangers and put forth a well thought out plan to protect the nation.

Most Americans know that freedom and security are not mutually exclusive.  A democratic zeal to live freely challenges Americans to defend its liberties in many ways.  And that means some compromise in defending our inalienable right to be free. There is a balance for our leaders to find.  Right now, they have a good ways to go.

“Liberty and good government do not exclude each other; and there are excellent reasons why they should go together.”

More in this category: « Louisiana Election Winner Favor Vitter, Melancon, Incumbents While Other Voices Tea Off The Louisiana Jindal-Vitter Endorsement Controversy: It's All About Bobby »
back to top