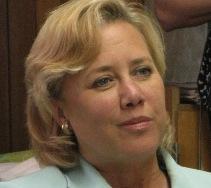 According to emails from the National Republican Senatorial Committee and the Louisiana Republican Party, three-term US Senator, Mary Landrieu remains in the fight for her political life with a poll indicating that Landrieu leads challenger Congressman US. Rep. Bill Cassidy 44 to 40.

According to the same poll, Governor Jindal has made up much of the gain from his much-discussed drop in the polls.

The recent survey claims Jindal now sports a 50% approval rating.  Prior independent polls taken this spring  showed his popularity in the mid-thirties.  The recent poll also cites Obamacare being very unpopular in Louisiana with a majority of the state voters approving of Governor Jindal’s rejection of Medicaid expansion.

Mary Landrieu supported the Affordable Care Act and  at various recent events has increased her support for the legislation, which she has described as a free-market approach compromise legislation between the political right and the left.

Bayoubuzz has requested clarification from the Senatorial Committee regarding who paid for the poll and on whose behalf.  As of time of publication, Bayoubuzz has only received this response:

I handle our online outreach for the NRSC and happy to help with any information you need about the LA Senate race.

To clarify the details of the poll you were referring to -- here's the statement from Wes Anderson from OnMessage:

"Senator Landrieu faces her biggest challenge in 12 years. Landrieu currently holds a very slim 4 point lead over Congressman Cassidy (45% Landrieu, 41% Cassidy). The 17 year incumbent finds herself under 50% and nearly tied with her principal challenger just a little more than a year from the election. Among those voters that have a defined opinion of both candidates (either favorable or unfavorable) the ballot stands at 41% Landrieu, 52% Cassidy. This finding strongly indicates a significant intensity advantage for Cassidy. This survey makes it clear that Landrieu is likely to face a very hostile environment in 2014."

Bayoubuzz has requested further clarification and will update this story once it does receive more responsive information.