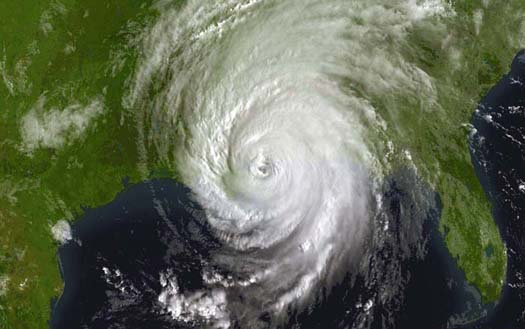 Around Louisiana--Here are some of the Louisiana organizations, businesses and politicians making the news today:

S&WB Should Delay Search for a New Leader

Last spring the Louisiana Legislature passed a bill to revamp the composition of the Sewerage & Water Board's governing body. The changes are contingent on the passage of a corresponding charter amendment, which goes before voters on October 19. If the amendment passes, a new board-consisting of the mayor, two members of the Board of Liquidation, City Debt, and eight citizens selected through a nominating process - could be in place as early as January 1, 2014.

At its next meeting, the current board is expected to initiate the search for a successor for the S&WB's executive director, who is retiring at year end, by choosing an executive search firm. The board's goal, as discussed at its most recent executive committee and board meetings, is to select a new executive director in December. In other words, it is planning to make this important decision just weeks before a new board might take office.

Hiring an executive director and holding that person accountable are two of the most important functions of any governing board. They are even more important in the case of the S&WB, given the tremendous challenges that the entity faces.

Louisiana State Exhibit Museum (LSEM) in Shreveport, Louisiana will celebrate its 75th Anniversary this year with a gala fundraiser event entitled “Let Them Eat Cake!” at the 2013 Glitz & Grits, 6:45-11 p.m., Friday, Sept. 27. This biennial event supports the extraordinary array of exhibits at the museum, along with the maintenance of the building and staff salaries. As a Smithsonian Institute affiliate, LSEM has provided the area with outstanding exhibitions that would not otherwise have been available for viewing in this region.

This year’s Glitz & Grits is proud to welcome special guest, Louisiana music icon Dr. John, a six-time Grammy winner and member of the Rock & Roll Hall of Fame. Dr. John will perform on the George Rodrigue Steinway Grand Piano painted with Rodrigue's famous "Blue Dog." His performance will include a tribute to the 75th anniversary of LSEM. After performing on the Rodrigue Steinway Grand Piano, he will add his autograph to the piano, previously signed by a number of other legendary artists.

Returning by popular demand, the event will also include entertainment by Windstorm, the area’s premier R&B dance band. Attendees will enjoy bidding on a wide array of deluxe items at the silent auction, dinner provided by Silver Star Catering, an open bar and more festivities. Valet parking will be available. Tickets are $150 and can be purchased online or by calling (318) 632-2020.

Following a request for proposals earlier this year, the Delta Regional Authority announced that the Delta Leadership Institute (DLI) will become a three-entity collaboration with support from the entire eight-state region to build a comprehensive regional leadership program that focuses on issues affecting the Delta region.

The University of Mississippi's McLean Institute for Public Service and Community Engagement will be the administrative lead for this innovative collaboration and will partner with Arkansas State University's Delta Center for Economic Development and the University of Louisiana at Monroe for DLI program delivery. These three institutions will leverage additional expertise from several other entities and partners.

One of the priorities of the DRA is to improve the leadership skills of the regions current and future leaders. The DLI is the vehicle through which the DRA pursues these efforts. The mission of the Delta Leadership Institute is to recognize, train, and develop 21st Century leadership skills in participants across the eight-state region in order to face the global challenges of the future. DLI and its alumni organization, the Delta Leadership Network, have and will continue to create a cadre of leaders that work together for future improvements to the region by thinking and acting regionally.

Developing great leadership in our communities is key to economic growth in the Delta region, said DRA Federal Co-Chairman Chris Masingill.  I am thankful to the University of Alabama and Dean Carolyn Dahl for their tremendous leadership over the last seven years. I look forward to the exciting things to come from this innovative partnership as we continue to expand the economic and leadership development efforts of this program.

You are invited to attend the Gulf Coast Restoration VIP Reception, scheduled for August 28 in New Orleans and hosted by Plaquemines Parish President Billy Nungesser.

REGISTER FOR THE VIP RECEPTION BY 4 PM TODAY!

The RESTORE Act established a Gulf Coast Ecosystem Restoration Council (the Council), which is comprised of the Governors of Louisiana, Texas, Florida, Alabama, and Mississippi; the Secretaries from the U.S. Departments of the Interior, Commerce, Agriculture, and Homeland Security; and the Secretary of the Army and the Administrator of the U.S. Environmental Protection Agency. The Council is meeting at 1:00 p.m. CDT on August 28 to vote on the Initial Comprehensive Plan: Restoring the Gulf Coast’s Ecosystem and Economy. The public is invited to attend the Council Meeting.

Immediately after the Council meeting, President Nungesser is delighted to invite you to attend the VIP Reception, providing you with an extraordinary opportunity to discuss restoration priorities with local, state, and national leaders.

Both the Council meeting and the VIP Reception will take place at the Hyatt Regency Hotel, 601 Loyola Ave, New Orleans, Louisiana.

We look forward to seeing you in New Orleans on August 28!

State Rep. Paul Hollis (R-Mandeville) received the 'Up and Coming Legislator Award' from the Chamber Southwest Louisiana at an event in Lake Charles last week.

Attended by more than 1,000 people, the annual Legis-Gator Awards at the L'Auberge Casino honored some state and federal legislators for their service to the business community and for their work to advance economic development in Louisiana.

Hollis received one of the organization's three major awards, and was invited to speak to the group.

"I'm deeply honored with this award, and am excited that the Chamber recognizes my commitment to advancing job-creating programs to improve both Louisiana's economy and our competitiveness with neighboring states," Hollis said.  "I ran for office with a promise to focus on what matters most to the people of our state: jobs, commerce and a free market, and I will continue to advance those goals and ideals.  Small businesses truly are the backbone of our economy, and as a small business-owner myself I understand the needs of this community and of Chamber members throughout our state."

Also honored at the event were Sen. Robert Adley (R-Benton), who was named Legis-Gator of the Year; Rep. Mike Danahy (D-Sulphur), who won the Chairman's Award; and Sens. Dan "Blade" Morrish (R-Jennings) and Ronnie Johns (R-Lake Charles), who each received the Government Affairs Award.

"I'm not only pleased with my award, but to be in such distinguished company," said Hollis, who last year won a Business Champion Award from the Chamber SWLA.

The Chamber's August Food for Thought will feature U.S. Senator Mary Landrieu, who will discuss relevant issues happening today in the State and economy. There will be an opportunity for Q&A session.

To register for the event, email [email protected] Please include company's name, all attendees and contact information in the email.

Join New Orleans’ leaders as we gather to reflect on our city’s rebirth and show support for meaningful action on climate change.

YOU ARE INVITED to an Interfaith Prayer Breakfast In Commemoration of the 8th Anniversary of Hurricane Katrina.

and show support for meaningful action on climate change.

Here in our beloved city, we know all too well the effects

climate change can have on communities. Rising sea levels,

increasingly powerful storms, and the disappearance of our coast

threaten our unique culture, our livelihoods, and our very existence.

More in this category: « Louisiana Politics: August Of Earl and Huey Long Louisiana Gov. Jindal Briefs On Mariner Production Platform »
back to top