Getting speared over Jindal-LABI-Waguespack fury 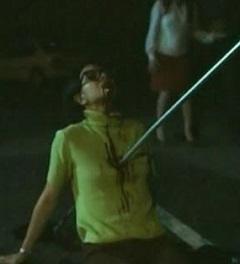 People in the know, tell me that Stephen Waguespack being the next president of the Louisiana Association of Business and Industry (“LABI”) is a fait accompli.

The politicians won and the rank and file members of LABI, of which I am one, lost. What still troubles me is how we lost. The allegations of members of the LABI Board being bought for government contracts and other favors kept me awake last night.

I’ve never met Stephen Waguespack. I’ve tried on numerous occasions to reach out to him both when he worked for Bobby Jindal and since as Jindal’s appointee to BESE. Not one time has Waguespack responded. As late as this week I reached out, but to no end.

Recently, I read where Waguespack has distanced himself from Jindal. If that’s true, it must have happened late last night.

I’ve seen no evidence of independence from Bobby Jindal by Waguespack. In fact, all evidence is to the contrary. Perhaps having access to Jindal’s inner circle via Waguespack is what the LABI Board wants.

I’m told that my concerns are unnecessary, that I should back-off this issue because people are getting upset with me. What’s new?

I’m told that Jindal won’t be governor forever. But Jindal will be Jindal forever and there is no reason to believe Jindal still won’t control LABI.

Waguespack’s management skills may be second to none, but I never seen them demonstrated. I’m told that he’s very likeable, but I’ve never met him.  I’m told that he is the most likeable of all of Jindal’s inner-circle; that may be damning by faint praise.

After being on this Earth over 68 years, I do know one thing about people. They don’t bite the hand that has fed them most of their adult life.

When push comes to shove, Waguespack will always choose Jindal over LABI.

With respect to those LABI members who are angry with me, that’s your problem.

Back to spear catching practice.

Make sure to read C.B. Forgotston's daily blog at Forgotston.com

More in this category: « Louisiana US Senate Race TV Debate Call Gets Political by Vitter, Melancon Read and Watch: Landrieu's Katrina Anniversary Speech »
back to top