Congress: listen to Pelosi's grandson on Syria, not grandma 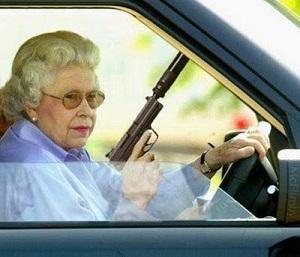 Yesterday, in speaking to members of the press outside of the White House, former House Speaker Nancy Pelosi (D-CA), recounted a conversation with her five year old grandson. Pelosi said that as she was leaving San Francisco, her grandson asked “are you yes war with Syria, no war with Syria?”

Instead of answering him, Pelosi asked, “well, what do you think?” The young man responded, “I think no war.”

Instead of listening to this smart young man, Pelosi went on to explain that she supported “action” in Syria because “they have killed hundreds of children.” Her grandson then asked “were these children in the United States?” Pelosi answered that they were not American children, but that “they're children wherever they are.”

Of course, both sides have killed thousands of children. Neither side in the Syrian civil war is composed of good, civilized, freedom lovers. On one side is the dictator Assad, who has been a friend of terrorists and an enemy of our ally Israel. He has certainly committed atrocities. Yet, despite the assurance of our President, there is not convincing evidence that Assad launched the chemical weapon attack.

It is quite possible that the “rebels” launched the attack and successfully pinned the blame on Assad. The rebels are infected with elements of the terrorist group Al Qaeda. Videos have been posted on the Internet showing the “rebels” beheading Catholic priests and eating the heart and liver of Assad backed soldiers. These “rebels” are barbarians, who do not deserve the support of any civilized nation.

It is no wonder that the United Nations, NATO and the Arab League have all declined to intervene in the Syrian civil war. If we act, the only country that may join us is France, which is not very reassuring.

It will cost this country billions of dollars to launch an attack against Syria. Even without “boots on the ground,” the cost of cruise missiles and relocating war ships in that region is quite extensive. In a country that is $17 trillion in debt, it is foolhardy to waste more money on a civil war that we have no business getting involved in.

President Obama has painted himself into a corner by claiming that the use of chemical weapons would be “crossing a red line.” It is not a good enough reason to go to war because Obama made a promise. Overall, the President’s conduct in foreign policy has been atrocious.

We have destabilized Egypt by supporting the Muslim Brotherhood. We toppled the dictator in Libya and ushered in lawlessness and despair that eventually led to the deaths of four Americans in Benghazi.

Today, Syria is being targeted, but there is no guarantee that the next regime will be any better than Assad. In fact, we may go from bad to worse in a country that has weapons of mass destruction.

Nancy Pelosi’s five year old grandson is right, unless American people are being killed, unless we are attacked, unless our national security is threatened, we should not get involved.

With a defense department being cut, our military forces stretched, we need to focus on protecting our own country, our own borders.

It is time we stopped being the policeman of the world and started to focus on creating our own natural resources so we no longer need the oil from the Middle East and can let the people of that region sort out their own problems.

It is a real shame that Pelosi and politicians of both parties are beating the war drums when the majority of Americans are opposed to any intervention in Syria.

Too bad that our politicians are not listening to the American people, including one smart five year old, who is much smarter than his powerful, but idiotic, grandmother.

This Bud's for Budweiser, King of Beer in the land of Beer, Louisiana