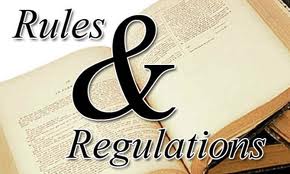 Congress is going “new law” crazy.  In the nation’s capitol, hundreds of proposed new laws are being introduced every month, creating numerous new regulations and crimes.  And Louisiana congressional members are joining right in this push for more federal intrusion into what was previously the purview of the states.  Senator Mary Landrieu has proposed 29 new laws and resolutions in this current year alone.  Her opponent in next year’s senatorial election, current Congressman Bill Cassidy, is right on her heels with 17 new offerings.

Anyone who actually takes the time to read the U.S. Constitution will see that there are only three crimes specifically enumerated as federal offenses:  treason, piracy and counterfeiting.  So why has Congress undertaken an overzealous expansion of criminal laws?

A report from the Heritage Foundation’s Center for Legal and Judicial Studies recently determined that there are some 4500 federal crimes listed in the US Code.  It used to be that Congress would create one particular crime by passing a new law.  But in recent years, multiple crimes are listed within the same statute.  One new law enacted right after 9/11 contained 60 new crimes.  Was that really necessary?

Our representatives in Washington now want to delve into any number of local crimes, flaunting the intention of our country’s founders.  Drugs, robbery, car theft, the list goes on and on.  What happened to the 14th amendment and states rights?

Many of the federal crimes on this expanded list are bewildering and seem to be punitive and arbitrary.  Harvard law professor William Stuntz puts it this way: “We are coming even closer to living in a country where laws on the books makes everybody a felon, and prosecutors get to decide what the law is and who has violated it.”

Did you know that it is a federal crime to deal in the interstate transport of unlicensed dentures?  For this you get one year in jail.

Another law says you can go to jail for six months if you pretend to be a member of the 4-H club?

And you can get six months for degrading the character of Woodsy Owl, or his associated slogan: “Give a hoot — Don’t pollute.” I’m not making this up.

You will love this one. It’s a federal crime to disrupt a rodeo.  Now in Louisiana, we yield to no one in our desire for orderly rodeos. But getting taken into federal custody for excessive heckling?  Give me a break!

In this day and age, the average citizen can get hauled off to jail for trivial things that no sane person would regard as a crime — as many of these laws make little, if any, sense. As you can see from these examples, it’s not a liberal or conservative thing.  There’s a new collaboration in Washington — an unholy alliance between anti-big business liberals, and tough-on-crime conservatives.  They all seem to be trying to show that they’re serious prognosticators cracking down on the social problem of the month, whether it be corporate scandals or steroid use.

The Louisiana legislative delegation is not immune from federalitis, and it has joined in the parade of parochialism within the federal system.  Senator David Vitter has proposed legislation to make it a felony for the interstate sale of paraphernalia that straps on a rooster’s leg during a cockfight.  And Senator Mary Landrieu wants to ban the transportation of horses across state lines to be shipped out of the country for consumption.  Just imagine the decline of the American way of life we’re headed for if we don’t pass these proposed laws without further delay!

Our members of Congress go to Washington today and seem to get intoxicated with the power that comes with the job.  It’s similar to the effect of Tolkien’s ring.  Decent and intelligent people get the ring of power and it changes them. They can’t put it down. They can’t let it go. The more laws you pass, the better you look back home.  And when there’s crime involved, you come across as a tough guy, right?

Congress today doesn’t seem to understand the difference between the violation of a regulation and a crime.  There are a number of actions that are illegal, but not criminal.  Further, a crime does not necessarily have to be a federal crime.  Have we reached the point where people in Louisiana and throughout the country have come to accept that any federal agency with power is somehow a police power?  Both conservatives and liberals ought to be worried about the expansion of federal criminal law if we value our liberty, which our Founders specifically understood to mean leaving general police powers at the local level.

In 400 B.C., the Greek orator Isocrates stated: “Where there is a multitude of specific laws, it is a sign that the state is badly governed.”  Tasedus wrote in the 1st century A.D. of Rome:  “Formerly we suffered from crimes.  Now we suffer from laws.”

A little more common sense in Washington would go a long way in allowing Congress to deal better with problems of national concern.  Leave the parochial to the states.  And for goodness sake, let us get a little rowdy at our rodeos.

This Bud's for Budweiser, King of Beer in the land of Beer, Louisiana

More in this category: « Landrieu Keeps Saturday Parking Meters Downtown, French Quarter Louisiana Receives 9M Of 1.8B This Round For Recovery "Stimulus" Funded Broadband »
back to top