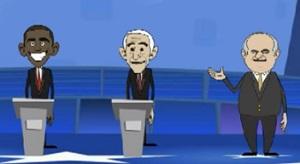 The world is waiting for the U.S. Congress and ultimately President Barack Obama to make a critical decision that could maintain this country’s place in history as the most fierce and feared "world cop".  The question--should the United States intervene in the Syria civil war by bombing specific military installations and assets.

So far, Republicans and Democrats are mixed on this emotional issue crossing party-lines.

Many Tea Party and libertarians activists are angry, as usual.

Listen closely.  You can hear the "call of the RINO" coming deep from the Forest of the Infuriated.  "Throw out the rinos" is the cry especially since GOP Speaker of the House John Boehner and other party regulars have stepped into the precarious zone of treason by supporting the President, rather than impeaching him.

Then, from the far left, the usual cry--that war solves nothing and that violence begets more violence.  But, if you listen closely again, you can hear the songs of peace and  the aroma of sweet cannibas rising from the mountains, valleys, parks and coffee shops of Colorado and other "lucky" locations in the "far-out" west of the country.

So, what is President and party leaders to do?

Watch today’s debate (below) on this very issue.  In one corner is the President of the United States, or otherwise known as Barack Kenya Obama.  In the other corner is Republican-libertarian Ron Paul, precursor and daddy to Rand.  Moderating, of course, is no ther than our favorite political moderate, Rush "Mount Rushbo" Limbaugh, the Magnicient.

And now, watch the debate being viewed around the world.

More in this category: « Louisiana Receives 9M Of 1.8B This Round For Recovery "Stimulus" Funded Broadband New Orleans Mayor Announces Over 100 Recovery Projects For City »
back to top