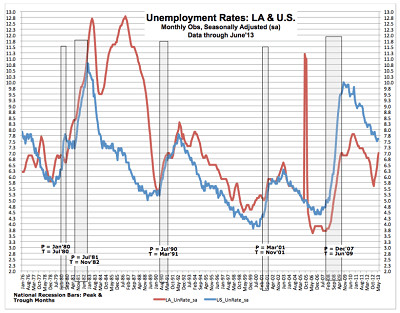 -This will be my next to last column as President of LABI. I thought I would use it to share a few words of caution to my friends in the business community.

For over a decade now, some of the biggest battles business has faced have been among adversaries entirely within the business community. That trend is not a pleasant one to endure for someone whose job has been to try to unite businesses in order to build a better overall economic climate. When internal disputes erupted in business circles, they often found their way into the Legislature and LABI’s boardroom. Such struggles weaken the business community’s ability to work cohesively on a common agenda.

Ironically, I think the root cause of those internal squabbles lies with past successes. The natural enemies of business—tax and spend legislators, trial lawyers, and labor unions—for some time have not been the powerful forces they once were. The success that business has enjoyed in blunting the initiatives of those opposition groups over the last twenty years led to complacency within the ranks. As more industry groups felt there was less to fear from business’s natural predators, they began to worry less about making a bigger pie for all and more about taking a larger slice of someone else’s pie. That syndrome can only lead to a resurgence of agendas to weaken the business community by both natural and non-traditional predators. An example of non-traditional predators was the initiatives last year, primarily by Republican elected officials, to eliminate personal income taxes by greatly increasing taxes on businesses. Expect more of that in the future if the business community doesn’t become more united.

One danger zone that is readily apparent already is the lawsuit arena. LABI worked for years, first to elect a more objective state Supreme Court and then to pass statutes to overrule huge expansions of tort liability handed down by our Supreme Court for decades. I found it very difficult to get the business community to focus on this problem until the high court rendered some outlandish decisions that made it more and more cost prohibitive to insure business operations from tort exposure. It was a tough slog. Finally, business and industry was successful in helping to elect reasonable justices to our Supreme Court. It didn’t mean that business won every case before the court but it did mean that with good arguments and a good set of facts, there was a reasonable chance to prevail.

Slowing down judicially imposed tort expansions was only part of what needed to happen. The other agenda was to work the legislature to overturn judicially imposed doctrines that severely damaged the business climate in Louisiana. Thanks to the leadership of former Governor Mike Foster and a unified business community, three major tort reforms were enacted in 1996 that reversed much of the damage. Those victories are not guaranteed to last, however. Major attempts have been made to reverse them and more such attempts will be launched in the future. Only a united business community can stop reversals from happening.

I have been involved with legislative initiatives on behalf of the business community since 1976 when our Right-to-Work law passed. I can honestly say that when the business community was  united in the legislative process, it rarely suffered a defeat. I fear that the period of safety from adversaries may be ending. The tax initiatives last year and the myriad of lawsuits aimed at the oil and gas industry are harbingers of that fact. My solemn and sincere advice to business and industry is to put its internal disputes aside and rebuild the solidarity that will be necessary to survive in a less favorable environment.

by Dan Juneau, President and CEO of the Louisiana Association of Business and Industry

More in this category: « New Orleans Mayor Announces Over 100 Recovery Projects For City Political Correctness Doesn’t Quit, Dr. Laura Does Over N-Word Storm »
back to top