Congrats to LABI's Stephen Waguespack and farewell to Dan Juneau 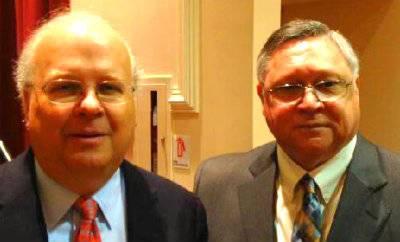 My personal congratulations to Stephen Waguespack,  who has been picked to head the Louisiana Association of Business and Industry replacing the retiring Dan Juneau.

Unquestionably, Waguespack nomination was surrounded by controversy.  There were rumors that the Jindal administration had lobbied the organization on Waguespack’s behalf.

Waguespack, had previously worked for Jindal as the Chief of Staff and as Counsel.  Some believed that if the administration had indeed lobbied for Waguespack,  that would compromise the organization’s independence.

Due to the forceful voice of Juneau, LABI has risen to be a very powerful political organization, one that of course, is pro-business but very independent from the powerful reaches of governmental persuasions.

I myself felt that if lobbying were done, than LABI would lose the respect within the community, especially since the organization had played a major role in the defeat of Jindal’s tax overhaul this spring.

When the controversy first broke, I expressed my concern:

He’s a nice guy, quite amicable, smart, and appears to be a great family person.  I hope he does very well in life.

Yet, if the report from John Maginnis and Jeremy Alford were not true, I probably would not have any issues with his taking over the helm of Louisiana Association of Business and Industry as Dan Juneau’s replacement.

But, if it is true that Waguespack, a former top lieutenant of Godfather Jindal is being "recommended" by the LABI selection committee after intense lobbying effort by the Jindal clan, then I say, what is the offer that can't be refused?

So, if the same group who want to con the state and the nation to think that white is black, now wants to control critical independent business and lobbying organizations for their own sake of power, then here are my own questions before I am willing to join in toasting Waguespack as the next “King of LABI”.

Who are the members of the selection committee?

Do any of them or family members have contracts or play a role in state government?

Whom from the administration or the Louisiana Republican Party contacted them about selecting Waguespack and what, if anything was communicated?

LABI has a right, of course, as a member-based organization to choose any person it wants to represent them.

Waguespack has a right to want to become President of that or any other organization.  If no influence is being born by the most powerful force in the state, then, he might be as good of a choice as any.

I still do believe he was as good as any and also feel he will be a person who can speak on behalf of the organization and who work hard to obtain the continued respect of LABI and the public.

Unquestionably, some are going to continue to wonder if the organization will be independent from the Jindal administration.  Already, other top administration officials have taken high positions in both the Lafayette chamber of Commerce and the Baton Rouge Chamber (BRAC).

As Governor Jindal still has two years more before leaving office, Waguespack and the other new chamber officials will receive scrutiny as they should simply due to the fact that they were employed by the governor are in powerful positions that can influence others.

Nonetheless, all of them are quite capable in their own right and could make a major impact upon the future of Louisiana‘s business industry and the state’s economy.

Waguespack, in particular, not only will have the task of proving his independence but has the additional duty to replace a tremendous business warrior, Juneau.

I personally wish both of them success in the future.

(Photo: Karl Rove on left and Dan Juneau on right)