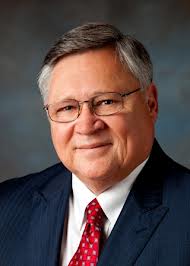 “The moving finger writes and having writ moves on, nor all thy piety nor wit can lure it back to cancel half a line, nor all thy tears wash out a word of it,” wrote Omar Khayyam, in “The Rubaiyat,” as translated by Edward J. Fitzgerald.

Just short of 27 years ago, Ed Steimel asked me to join LABI and become his Vice President of Governmental Relations and chief lobbyist. I was a 40-year old acolyte of the great man so I quickly accepted. That fantastic adventure is now ending. It has been a great ride. Surrounded by a dedicated corps of business lobbyists, a hardworking and talented staff, and a leadership that always had my back, we have made a difference in improving a business climate that was once the joke of the nation.

I have had the pleasure of working with every governor during my tenure--Roemer, Edwards, Foster, Blanco, and Jindal--to pass legislation that improved the prospects of bringing investment capital and jobs to Louisiana. Buddy Roemer pushed through an early element of tort reform that served as a harbinger for what was to come and took a hard stand for accountability in elementary and secondary education. Edwin Edwards worked with LABI and the AFL-CIO to pass reforms in the Unemployment Compensation Trust Fund that took a bankrupt system and made it one of the most solvent in America. Mike Foster took on abuses in the civil justice system and passed landmark tort reform that opened doors to economic development that had been closed. Kathleen Blanco worked with business to phase-out onerous business taxes that Louisiana collected and our competitors in the South did not, and she supported reform of the river pilotage system that was in need of reform in the Bayou State. Bobby Jindal successfully pushed for reform of our workforce development system and major reforms in K-12 education. LABI was a major player in the design, enactment, and implementation of each of those reforms--but it needed the strong backing of those governors to make them happen.

In each of those governors’ terms, issues arose that put LABI on the opposite side of them. It wasn’t because of partisan differences. It was due to conflicts of policies and constituencies. I am living testimony to the fact that one of the least enjoyable experiences of political life in Louisiana is to go up against one of the most powerful executive branches in the nation. When LABI had to go that route in order to protect the business climate, we did--and I think history will verify that we held our own.

On January 1, 1989, the Ed Steimel chapter of LABI ended and mine began. Ed’s was a powerful one. I learned so much from him and his chief adversary, the other titan of the political landscape at the time, the AFL-CIO’s Vic Bussie. Louisiana’s economy was in dire need of change. Labor dominated the Legislature and sought to establish a monopoly on the high-paying industrial jobs that came into the state after World War II. Steimel fought successfully to make Louisiana the last Deep South state to enact a Right-to-Work law in his very first legislative session. Then he concentrated on the key element that could truly diversify Louisiana’s economy, a vastly improved education system.

When I succeeded Ed, I remained committed to turning around the dismal public education system in this state. Those who thought the system should serve the employees before the children opposed true reform at every juncture. The battles have been intense and the progress often halting, but slowly we have blasted our way out of the bottom--especially with the children most threatened with the loss of opportunity. Those hard-fought victories and that upward trend mean so much to me.

Another major challenge faced by the business community in my early years was a civil justice system so slanted against businesses that it was difficult to get industries to move here and participate in our “jackpot justice” legal environment. With the help of many in the business community, a strong governor in Mike Foster, and legislators who understood how unfair the system was, progress was made. Now storm clouds are gathering on that horizon, threatening the business climate improvements that have been made in lawsuit reform.

The very anti-business state Supreme Court that existed when I became LABI president has gradually become much more objective on litigation issues, due to the involvement of the business community in judicial elections. However, now that advancement also is in jeopardy. The next few Supreme Court elections could easily bring our business climate back to one in which business and industry can no longer gauge the risk of operating in a fickle lawsuit environment. If that happens, investments will dry up and jobs will leave.

The most fulfilling aspect of my tenure at LABI was being a part of bringing the business community together to face down its predators and work for major reforms that greatly improved our business climate. That solidarity is showing early signs of fraying as the natural predators of business have been held in check for years and the major attacks coming against business and industry have been business-on-business wars recently. If that continues, it is a short trip back to the 60s and early 70s when the business community had no voice, and business’s role in Louisiana was simply to cough up money for populist politicians to spend. That is a tragedy to be avoided.

Indeed, the moving finger does write and moves on. Time passes. Chapters close and new chapters open. That is where LABI is today. The organization is changing, not just with a new president, but also with new technology and methodology in pursuing the same mission: to build a better business climate for Louisiana. Louisiana’s best days are ahead, not behind. LABI’s best days are ahead as well. I am proud to have been a part of many meaningful reforms. I ask the business community to recommit to the struggle, continue the progress, never give up, never give in, and advance the cause of making Louisiana’s business climate the best in the nation.

Our children and grandchildren deserve no less.

by Dan Juneau, retiring President and CEO of Louisiana Association of Business and Industry

More in this category: « Obama In Panama City Due To BP Oil Spill Says Gulf Coast Is Open For Business Sean O'Keefe Issues Statment About Son, Ted Stevens »
back to top