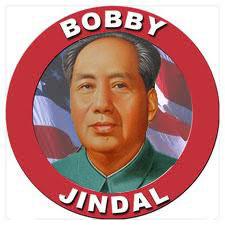 Anyone aware about the damage done to Louisiana’s wetlands must be cognizant of the critical role long term abuse of oil and gas exploration has done to the coastline.  Beginning in the late 1930s and 40s, the oil industry discovered that oil and gas could be found within the state’s marshes and off-shore areas.  The effort to locate these reservoirs led to some damaging practices.

Back then no one expressed concern for the environment nor was there any awareness that practices employed could have long term consequences.  Site teams penetrated deep into the swamps and marshes digging out canals to gain access for exploration.

This activity opened the path for salt water to intrude into these fresh water or slightly brackish areas changing the ecology.  The companies never back-filled the canals they dug.  They completed their business, withdrew, and moved to the next site.

With the frenzy for oil at its peak, especially during and after World War II, a vast labyrinth of oil canals crisscrossed Louisiana’s coast line.  The intruding salt water killed the vegetation whose roots held the marsh together.  Soon the sides collapsed, the canals widened, and the land subsided.

To this day, any aerial photograph of south Louisiana testifies to the degree of destruction these canals have done.  Careless disregard for the environment and the quest for profits likely will be considered as the sole cause for the damage by some.   However, it would be more accurate to classify the process as a lack of understanding about the long term unintended consequences of actions taken.

Fast forward to today.  The South East Louisiana Flood Protection Authority has filed suit against some major oil industry players seeking redress for these oil canals.  Why?  Because the damage continues to this day.  That coupled with the fact that the state lacks the resources to unwind this growing disaster led to this legal action.

Whether or not such a suit is an appropriate means of achieving an end is open to question.  However it seems that this case belongs in the courts.  However, Governor Jindal has sided with the industry and taken the extreme position of removing those members of the board whom he believes have “become a problem”.

Governor Jindal’s action here tracks a similar pattern in other matters.  Anytime someone expresses a contrary position to him, Jindal removes the opponent. This has happeend in legislative leadership positions and higher education among others.  He does not view opposition as an essential tool for defining policy, but as obstructionism.  The result has been reckless legislation regarding education, health care, retirement programs in Louisiana, and now our environment.

His drive to replace members of the levee board follows a long established pattern on his part for eradicating opposition rather than delving into the reasons for it and finding needed compromise.  Unfortunately, he appears to thrive on the misguided impression that he requires no input from professionals with a contrary view.