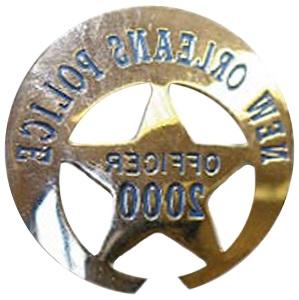 Every day it seems that things get worse for the New Orleans Police Department. The residents of New Orleans know very well that the force is depleted. The department keeps losing officers through attrition, resignation or retirement. There are also the cases of misconduct which occur far too frequently.

The latest episode of officer misconduct involved 28 year veteran Cortez Hankton, who was suspended after he was captured on video doing nothing as women were brawling on Canal Street. The fight continued for several minutes and involved many other people on a very populated block in the heart of downtown New Orleans.

The video has been a viral hit on the Internet and it portrays the NOPD in a very poor light. While a fellow officer was trying to maintain order, Hankton was calmly looking at his phone and just observing the madness around him. In effect, he did nothing to subdue the women and restore order.

The fight eventually involved a shirtless man who entered the scene to throw a punch at one of the women.

Eventually, two female officers arrived and subdued the fight participants. However, it was a very sad reflection on Hankton that he refused to take action. In the video no one appeared to be arrested or taken into custody

His attorney laughably claimed that Hankton did not intervene because he is larger in stature than the women involved and did not want to hurt them.

If the NOPD has to wait for women officers to respond to crimes involving women, the department has even more problems than we can even imagine that need to be addressed.

Thankfully, Hankton has been suspended for dereliction of duty. The public must be able to count on police officers to maintain order in a chaotic situation.

New Orleans is a dangerous city with a high murder rate and a disturbing number of violent crimes.

Obviously, police need to focus on the most violent crimes, but a large scale fight on a major thoroughfare should not be treated with such carelessness.

This incident is just the latest bit of trouble for a department that has been reeling in recent years. As the force levels have dropped, few new recruits have been hired. Morale is low as officers have to deal with a federal consent decree that has limited their ability to deal with the criminal element.

Thanks to the consent decree, officers are not allowed to use pepper spray to subdue individuals who do not comply with instructions.

With a police monitor, the Justice Department and independent groups constantly overseeing their activities, many officers understandably feel like they are being targeted.

It is a very tough job, there are not enough officers and the police are not appreciated enough for risking their lives on a daily basis.

These real problems do not excuse unacceptable behavior and officer Hankton set a very poor example for the NOPD and created another challenge for a department under siege.