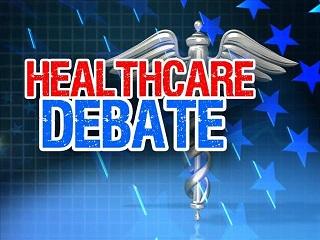 The federal government has released a report showing expected premiums on qualified health plans[3] in the 36 states in which the Department of Health and Human Services (HHS) will support or fully run the Health Insurance Marketplace in 2014, such as Louisiana.

The report analyzes the scenarios of premiums for young adults at age 27 and for families of four with income of $50,000.

On October 1, 2013, a Health Insurance Marketplace will open in each state, providing a new, simplified way to compare individual market health insurance plans. Americans will be able to use the Health Insurance Marketplace to shop for and purchase health insurance coverage, which will begin January 1, 2014. [1] In addition, individuals and families with household incomes between 100 percent and 400 percent of the Federal Poverty Level (FPL) who are not eligible for certain other types of coverage may qualify for tax credits to make premiums more affordable.[2]

This report summarizes the health plan choices and premiums that will be available in the Health Insurance Marketplace. It contains new information, current as of September 18, 2013, on qualified health plans[3] in the 36 states in which the Department of Health and Human Services (HHS) will support or fully run the Health Insurance Marketplace in 2014. Plan data is in final stages but is still under review as of September 18 and may be revised in HHS systems before being displayed for consumers, so this information is subject to change. This analysis also includes similar information that is publicly available from 11 states and the District of Columbia that are implementing their own Marketplace.[4] This report focuses on the plans with the lowest premiums in each state, as consumers are expected to shop for low-cost plans.

· On average, there are 8 different health insurance issuers[9] participating in each of the 36 Marketplaces included in this analysis. This ranges from a low of 1 issuer to a high of 13 issuers within a state. About 95 percent of the non-elderly population in these 36 states lives in rating areas with 2 or more issuers. Roughly one in four issuers is offering health plans in the individual market for the first time in 2014.[10]

· The weighted average second lowest cost silver plan for 48 states (including DC) is 16 percent below projections based on the ASPE-derived Congressional Budget Office premiums.[11] In 15 states, the second lowest cost silver plan will be less than $300 per month – a savings of $1,100 a year per enrollee compared to expectations. Overall, 95% of the uninsured potentially eligible for the Marketplaces live in states with average premiums below ASPE-derived CBO projected premiums (see Figure 1).[12]

· Young adults will pay lower premiums and also have the option of a catastrophic plan that covers prevention, some primary care, and high costs in cases of major accident or illness.[13] The weighted average lowest monthly premiums for a 27-year-old in 36 states[14] will be (before tax credits): $129 for a catastrophic plan, $163 for a bronze plan, and $203 for a silver plan. More than half of the uninsured potentially eligible for the Marketplaces live in a state where a 27-year-old can purchase a bronze plan for less than $165 per month before tax credits. There are an estimated 6.4 million uninsured Americans between the ages of 25 and 30 who may be eligible for coverage through Medicaid or the Marketplaces in 2014.[15]

· After taking tax credits into account, fifty-six percent of uninsured Americans (nearly 6 in 10) may qualify for health coverage in the Marketplace for less than $100 per person per month, including Medicaid and CHIP in states expanding Medicaid.[18]