The Bobby Jindal legacy: for better or for worse? 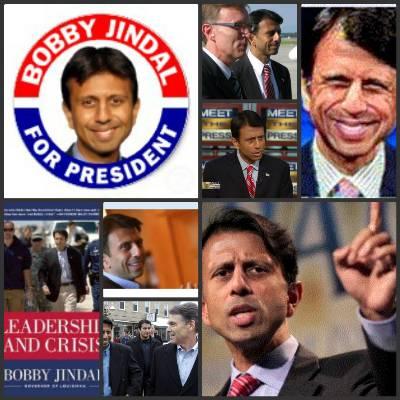 Let’s give credit where credit is due.

In the area of economic development, no Louisiana governor has had more success in making announcements, cutting ribbons and bringing home the bacon than has Governor Bobby Jindal.   Louisiana has pole vaulted over other states in the nation in the minds of many of the business  trade magazines showing Louisiana as growing, stable and most competitive.

At the same time, unemployment has risen in the state while nationally, it has fallen.

Also, the future budget problems are frightening.  There are reports that the state might be forced to lop off hundreds of millions, if not more than billions of dollars before Governor Jindal finds his own new job.

So, to use a well-worn turn of a phrases  that seems to echo in columns such as this one—are we  living in the best or the worst of Louisiana times?  Will Jindal’s mark make Louisiana for better or for worse?

Perhaps neither and both.

It is difficult to fathom that Louisiana would not be working its way towards a more healthy economic development considering all of the chemical and industrial-related plants breaking ground.    The technology sector has also put some skins on the walls, as late as IBM in Baton Rouge and  Chentech in New Orleans, this week.    When the governor is in the state, nary a day passes when he is not announcing a new mega-deal, loan or expansion.

Yet, why is it that this state does not have enough revenues that we are forced to cut healthcare and education so deep and so often?   Why is it that finding a job is still a major undertaking for our kids graduating college and for our friends and families--whose lives have been so disrupted over the past poor local and state economies in the past years?

So,  in answering those questions, here is my thoughts:

When Governor Jindal begins to pack his bags for his job in Washington DC or wherever, many of the projects that have been consummated under his watch will begin to bear fruit.

His detractors believe he has been giving the store away by making offers that businesses simply cannot refuse.   As a result of this practice, they believe state government will continue to find itself in a budgetary hole.  They also feel Louisiana is heading for an education and healthcare train-wreck.   In the area of education, while his voucher program might survive the lawsuits and other attacks, whether  our schools will produce better students is debatable as the lack of funds for our public schools system increase.    Also, school is still out as to whether his insistence to not extend Medicaid to those so desperately in financial and health needs will ultimately be our best medicine.

Perhaps they are right, yet, honestly, we just do not know.

There are so many uncertainties.  Despite the political partisan cries, for now, we do not know if any of the governor’s major reforms will make this state better rather than worse.   Will the governor’s anti-Obamacare policy be a nightmare for Louisiana?   Will privatizing  the public sector create more efficiencies at a lower cost?  We really just do not know.

Also, while these industrial announcements of chemical, ammonia, natural gas plants are very welcomed news, we do not know what the ultimate costs to our health and welfare might be.  Cancer alley arguably is potentially worse than ever before.   The Bayou Corne  horror is proof that sometimes the best of plans and government oversight sink.   While so many of us are thankful for the jobs made possible by the Exxon’s and Mobile’s, there is always the risks of the BP’s and the significant downside of coastal erosions that puts our state’s international city, New  Orleans, and much of South Louisiana, at risk.

As Jindal begins the period of the lame ducks, it is likely that his legacy will be scrutinized more objectively by all sides. Hindsight, of course, has its visionary advantages.

In the meantime, Governor Jindal will continue to have his opportunity to shape the state in the image of his own philosophies and politics.  Only time will tell whether  Newt Gingrich’s “transformational” man’s stamp on the state’s future will ultimately be roundly positively or negatively approved.