Louisiana, and states' legislatures: lettuce alone with your bad laws 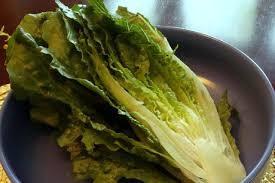 Football season gives pause in Louisiana for the rough and tumble politics ahead. 2014 brings another totally unpredictable Louisiana legislative session, and congressional elections highlighted by a highly contested U.S. Senator race. Then the state jumps into what most political prognosticators views as a barnburner of a gubernatorial election in 2015.

We all yearn for the riveting coverage of meaningful issues touching the quality of life in the Bayou State when the legislature convenes next spring. No, not solving the crises of healthcare, education and affordable insurance. I mean the real media issues where the debate goes on for days. A few examples from past legislative action:
Did you know that in some parts of Louisiana, it’s the law that garbage has to be cooked before feeding to hogs? And throughout the state, biting someone with your natural teeth is “simple assault,” while biting someone with false teeth is “aggravated assault.” It is illegal for palm readers, fortunetellers, mystics and the like to officiate at a wedding. And one of my favorites, you aren’t allowed to tie an alligator to a fire hydrant. We can just imagine what the legislature is gearing up to consider in the next legislative session.
But wait! If you think Louisiana has an oddball legislature that leans toward quirky solutions to nonexistent problems, check out California that has moved a notch ahead of us here in the Deep South. And there is great news to report. California has decriminalized the sale of Caesar salad. That’s right! It’s no longer a crime to put together a Caesar salad in California. What an important gastronomic epitome of a truly civilized state.
To assist in this whole “war on crime,” the California State Legislature a few years back, created a new law that banned the sale of any food product using raw eggs as an ingredient. And what do you find in the smooth, creamy taste with a bit of a bite in the dressing that goes on a Caesar salad? Well of course, uncooked eggs. But using uncooked eggs for a Caesar became a crime in California. That’s right! Criminal penalties attached to this new important protection of the public health. You can well imagine the public response. The rallying cry became, “When you outlaw Caesar salad, only outlaws will eat Caesar salad.” And dire predictions were rampant. Would there be a flourishing black market in contraband romaine lettuce, raw eggs, and Parmesan cheese?
But California is similar to Louisiana in one respect. Things don’t often change very rapidly, and naysayers thought it may take some time to bring legislators back to reality. We’ve had plenty of firsthand experience with the same foot dragging here in the Bayou State. So ignoring the roadblocks, a cadre of Caesar supporters, lead by an old friend, Bill Miller with the Libertarian Party, took a more gradual approach, and offered several possible solutions:
Begin a slow return by implementing a five-day waiting period for Caesar salad, so the government could do a medical background check for raw-egg allergies.
Legalize only “medical Caesar salad” whereby people with a vitamin deficiency could get a doctor’s permission to buy a small amount of Caesar salad for their own personal use.
Launch an anti-Caesar salad TV advertising blitz, perhaps with a commercial showing a frying pan, and then showing the pan with a raw egg in it. The voice-over could be: “This is your brain. This is your brain on Caesar salad.”
Allowing only adults, 21 and over the right to buy Caesar salad, on the grounds that it may be an adolescent’s gateway to stronger stuff, like macaroni salad or three-bean salad.
Libertarian candidates for next year’s congressional elections are springing up all over Louisiana. I can just hear the platform of those running. They could adopt a plank, effectively used in the California fight, that says, “I support the Constitutional right of every Louisianan to keep and bear Caesar salad … or rather to eat and buy a Caesar salad. I’m not going to stand by in my race for U.S. Senator and allow these political eggheads to flourish, and let them think they have the right to micromanage every aspect of our lives.” Right on!
Hey, this may be a pretty good approach. It can’t be any worse than some of the platforms we’ve seen candidates for political office use down here in the Bayou State in recent years. The good news is that the California Legislature did come to its senses, and you’ll be happy to know that Caesar salad is now legal in California. Let’s hope the previous trend doesn’t find its way to Louisiana when the legislature meets next spring.
If it does, you will find me in the forefront of leading the fight against the injustices of banning the salad that I eat five or six times a week. And what will my slogan be? I’ll adopt the libertarian mantra. It’s simple. “Back off Legislature. Just lettuce alone.”
********
The United States is a nation of laws: badly written and randomly enforced.
- Frank Zappa
Peace and Justice
Jim Brown
Jim Brown’s syndicated column appears each week in numerous newspapers throughout the nation and on websites worldwide. You can read all his past columns and see continuing updates at http://www.jimbrownusa.com. You can also hear Jim’s nationally syndicated radio show each Sunday morning from 9 am till 11:00 am, central time, on the Genesis Radio Network, with a live stream at http://www.jimbrownusa.com.
- See more at: http://www.jimbrownla.com/blog/?p=10615#sthash.lTsuOOlB.dpuf