US Government shutdown: Blame Obama, GOP, Democrats, the most? 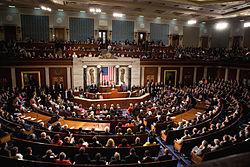 The shutdown of the federal government is coming.

The republicans, especially the Tea Party are insisting upon tying the funding to keep the government going to Obamacare which is ready to roll-out its exchanges, as soon as tomorrow,   They believe there is a direct connection between defunding and/or delaying Obamacare  and paying for federal government services.

The Democrats believe they have the winning hand, that republicans will, get the blame and thus, it appears they will not bend.   Thus, Harry Reid will not call the Senate into session until late this afternoon, giving Congress and the President, little chance of compromising, even for a short-term fix.

President Barack Obama, also feels the GOP will get the “hit”. Numerous Republican Senators have distanced themselves from Ted Cruz and the GOP House of Representative position.   To boot, even if the “impossible” would to occur—that Congress would agree upon delaying Obamacare as the GOP House want, Obama has the last word—called a veto.

Meantime, it has been reported that a federal shutdown, while not directly impacting the average Joe, will cost the country between 40 to 80 billions, per day.

So, assuming Congress, the Senate and President Obama cannot come to terms today, who do you blame the most?