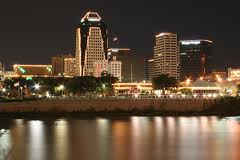 The Louisiana real estate industry has been comparatively speaking, red-hot as of late with new companies setting up show in the state.   Locally, all is well.

Nationally, however,  it is a totally different matter.  The flood insurance premiums are beginning to go through the roof due to legislation called the Biggers Waters Act.  If that were not the industry’s only concern, the government shutdown threatens to have a significant slowing down of the market, albeit, hopefully, a shot-term crises.

The interview is divided into five segments, starting with the Louisiana economy and ending with the impact of the government shutdown on commercial real estate.

The second and parts of the third video focuses upon the Biggers-Waters predicament while the latter part of video three and part four concerns with the government shutdown and residential real estate.