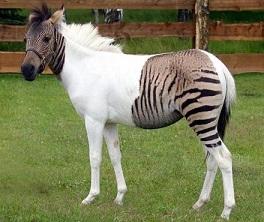 The federal government’s effort to paint stripes on the same-sex pair horse and calling it a marriage zebra in Louisiana produces both a challenge to the rule of law and emotionally hyperactive invective bereft of intellect.

In recent months, courtesy of its interpretation of what is permitted by a U.S. Supreme Court ruling this past summer, the Pres. Barack Obama Administration has instructed that the federal government recognize same-sex marriages wherever possible. However, only a handful of states recognize them for their legal purposes, and like almost all that don’t Louisiana has written into its Constitution that marriage occurs only between a single man and single woman. Further, in terms of constitutional law, the federal government cannot define marriage, only the states may and for its purposes the federal government only can accept a license from a state as proof of marriage for its administrative purposes.

So, the ruling allowed the federal government to claim that (given the privileges and immunities clause of the Constitution) a marriage in one place is good in any place for its administrative purposes, but cannot force that on states that do not recognize same-sex marriages for their administrative purposes. Practically speaking, this has caused at leasttwo complications for Louisiana.

One is that military personnel can file for benefits on the basis of a same-sex marriage (another recent Obama Administration edict has been those who admittedly practice homosexuality now may serve in the military), which can be done at a federal installation, but also at state installations in the case of members of the National Guard. Maj. Gen. Glenn Curtis, the state's adjutant general, ruled that filing for benefits on the basis of same-sex marriage cannot be done at state installations. In large part, this hardly changes anything, for typically benefits of this kind already have many alternatives that do not require a physical appearance (such as using the Internet to get forms to file for TRICARE, for example). At most, it is a very minor-to-nonexistent issue.

The other does make life slightly more complicated for a few, in that the head of the Department of Revenue Tim Barfield ruled it cannot grant married filing jointly status to same-sex pairs for state individual income tax filings.

This gets tricky because the Louisiana form asks for the federal adjusted gross income calculation and deductions and income tax paid, which depend upon federal filing status. To make things easier, state law mandates that the same federal status be used in filing the state form, but lawmakers never anticipated a changing of the definition of what something is to something else that could create conflict between different kinds of filing statuses.

This means that any same sex pair who holds a marriage license not only must recalculate federal AGI, deductions, and income taxes on the basis of individual filings, but also then using these numbers must file individually for Louisiana. By doing so, they technically violate the law (although this assuredly won’t be enforced until a law is passed in the spring delinking the two and applying it retroactively) but the real problem is in the extra work that must occur for those same-sex pairs insistent on filing married jointly filing on the federal tax form.

More burdensome for those few no doubt, and perhaps additional logistical resources expended by Revenue, but necessary to uphold the rule of law. The Constitution, which takes precedence over statutory law such as the one tying filing statuses, lays out the basic definition of marriage, a definition not only made legitimate by history and cultural norms but also in that it serves important societal objectives. To disregard the rule of law, to say changes made be made to the rules by which all have agreed, explicitly or implicitly, that determine the distribution of political resources in society because they appear inconvenient to a few, invites replacing the rule of law by the rule of man, by those few individuals who have the most power to impose their will and inequality that favors them on everybody else. That path ineluctably leads us to the gas chamber and gulag.

The ignorance of some, or perhaps instead by those who favor the end of the rule by law, gets echoed in comments about how these administrative decisions to stay consistent with the Constitution reflect “pandering to the bigoted and intolerant segment” and that “individual rights don’t matter.” Such remarks crop up as surely as Obama disclaims any compromise to his views on any subject under controversy whenever something displeases those who advocate greater acceptance of homosexual activities in the law, which in equal parts connotes a lack of clear thinking and a deviousness to try to extract special benefits out of the state.

To reiterate, government subsidizes the concept of marriage – through, for example, as a result of income tax filings a “marriage bonus” – because it serves an important state objective: its perpetuation by the production of children in the most hospitable arrangement for them to grow up to have the best life prospects. Same sex marriage inconveniently cannot accomplish the same because of biology, so there is no logical reason to have taxpayers subsidize the activity. Once this is realized, any claims to have individuals of the same sex “marry” become obvious either as anti-intellectual rantings that display the very intolerance and bigotry they falsely impute to the reasoned argumentation against or as attempts to claim from others special, undeserved privileges such as reduction in income taxes paid.

Regardless of the complaint motive, neither justifies the abrogation of the rule of law. Louisiana, unlike the unwise actions of some other states in a similar situation, sends a strong signal of the integrity of its government and wisdom of its leaders by resisting the temptation to abandon just and proper law by pandering to the inconvenienced few.