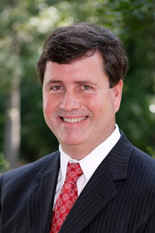 Looks like Riser and Holloway
The contentious and controversial race in the 5th Congressional District, where 14 candidates are on the ballot, will likely come down to a runoff between state Sen. Neil Riser, R-Columbia, and former U.S. Rep. and current Public Service Commissioner Clyde Holloway, R-Forest Hill.

Sources providing polling information, which the Fax-Net could not confirm, say that Riser leads the pack with Holloway in second place. State Rep. Jim Morris, R-Monroe, is not far behind in third place.
A lot will depend upon turnout in this huge geographic district, which has Ouachita and Rapides parishes with the largest population centers.
One thing is for sure – there will be a runoff on November 16.
Campaign finance reports show that Morris reported the most money raised – $566,000. However, of that total, $295,000 was a personal loan to his committee. He had $188,000 cash on hand as of September 29.
Riser had raised $561,000 by that date and has $210,000 cash on hand.
Holloway, who served in Congress from 1987 to 1993, reported raising $245,000. Of that, $112,000 was a personal loan to his committee. He had $145,000 cash on hand.
Other candidates filing campaign finance reports included:
*State Rep. Robert Johnson, D-Marksville. He had raised $112,000 and had $63,000 cash on hand.
*Weldon Russell, D-Amite, raised $49,000 ($43,000 was a personal loan) and had $4,500 on hand.
*Mayor Jamie Mayo, D-Monroe, raised $17,000 and had $15,000 cash on hand as of September 29.
Parishes in the 5th Congressional District are all of Avoyelles, Caldwell, Catahoula, Concordia, East Carroll, Franklin, Grant, Jackson, LaSalle, Lincoln, Madison, Morehouse, Ouachita, Rapides, Richland, Tensas, Washington, West Carroll, West Feliciana and Winn. Parts of East Feliciana, St. Helena, St. Landry and Tangipahoa are also in the 5th Congressional District.
The winner will fill out the remainder of the term of Republican U.S. Rep. Rodney Alexander, who resigned to become Louisiana Secretary of Veterans Affairs.
Seabaugh fallout
The Fax-Net broke the story last week that state Rep. Alan Seabaugh, R-Shreveport, was giving some consideration to entering the U.S. Senate race against incumbent Democratic U.S. Sen. Mary Landrieu.
The Times followed up with a similar story the next day, and the Fax-Net revelation was picked up by the website Bayoubuzz.com. LaPolitics Weekly also cited the Fax-Net for the exclusive comments made by Seabaugh.
The fallout was quick and strong about Seabaugh’s declaration. Moon Griffon spent two days discussing the development on his radio show.
On the first day, guest host Elliot Stonecipher was not very complimentary of Seabaugh’s intentions. Neither was C.B. Forgotson on Moon’s show the next day.
Both Stonecipher and Forgotson derided Seabaugh for attacking Republican U.S. Rep. Bill Cassidy, the GOP’s anointed candidate, rather than Landrieu.
The consensus was that the Republican Party is blowing a great opportunity to capture the Louisiana Senate seat and put it into the GOP column.
Part of the discussion centered around Republican Gov. Bobby Jindal and his chief adviser, Timmy Teepell. The thinking was that Jindal was trying to scuttle the campaign of Cassidy because he fired Teepell from his campaign earlier this year.
Adding Seabaugh into the Senate race mix, where retired Air Force Colonel Rob Maness is already creating problems for Cassidy, leaves the Republican leadership at the state and national level scratching their heads.

Eve of Destruction?
In the 1960's, singer Barry McGuire has a number one hit – a protest song entitled “Eve of Destruction.”\
The national Republican Party might want to think about making it the party’s theme song, if recent polls are accurate. And they usually are.
An NBC News/Wall Street Journal poll shows 53% blame the Republicans for the government shutdown, while 31% blame President Obama.
Just 24% of respondents have a favorable opinion about the GOP and only 21% have a favorable opinion of the Tea Party.
A record 70% of Americans disapprove of the way Republicans in Congress are handling their jobs. The poll also shows that respondents prefer a Democratic- controlled Congress to a Republican-controlled one by a 47-39% margin, up from a three-point advantage in recent months.
Using the government shutdown to campaign against Obamacare has backfired. The healthcare law has become more popular since the shutdown with 50% saying they oppose totally eliminating funding for the law.
The poll determined that while the shutdown has wounded Republicans, President Obama’s overall political standing remains stable with a 47% approval rating.
The GOP cannot brush aside the poll by saying it was a “Democratic poll.” It was conducted by Peter D. Hart, a Democratic pollster, and Bill McInturff, a Republican pollster.
Nevertheless, Republicans on Capitol Hill, moreso in the House than in the Senate, are refusing to put any stock in the NBC News/Wall Street Journal poll, as well as other polls, which are producing similar results.
But Republican governors are definitely taking notice, and many of them are distancing themselves from the Republicans inside the Beltway.
Louisiana Republican Gov. Bobby Jindal, the head of the Republican Governors Association, is one of them.
He said on CNN, “As Republican governors, we want to reclaim our brand from Washington, D.C. For too many years, we’ve outsourced what it means to be a Republican – we defined that in Washington, D.C.”
His philosophy was being echoed by the likes of GOP Govs. Chris Christie of New Jersey, Rick Snyder of Michigan, John Kasich of Ohio, and Scott Walker of Wisconsin.

Written by Lou Gehrig Burnett Publisher of Fax-Net.  First published on FAX-NET.  FAX-NET UPDATE is published weekly and delivered to your home or office by fax or e-mail. Subscription rates are: $50 for 12 months (50 issues) or $35 for six months. To subscribe, send check or money order to: Fax-Net Update, P.O. Box 44522, Shreveport, LA 71134.