Kabacoff and wife Glassman at the center of New Orleans healing 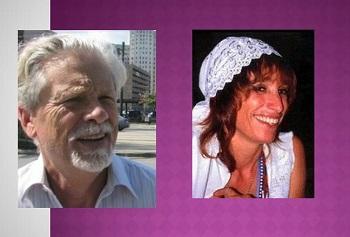 Imagine a city and its various neighborhoods desperately needing healing of all types  after the cruelties left by a natural and man-made disaster.

Imagine wondering if and whether a former bustling city, with all of its beauties and sorrows could be reinvented since its neighborhoods looked like war-zones and smelled of the putrid dampness of waste.

Many did so wonder.   They privately and publically asked whether the Katrina disaster would continue to leave thousands of families, businesses and professionals in total shock, confusion and dismay.  They knew that a lifetime of memories could be so easily washed away by those hostile winds and uncaring waters.

Now, eight years later, we know the present chapter of the story of the wonderings, the wishings and the dreams that have transformed New Orleans and its region into an mysterious and almost-magical city of hope sharpened by entrepreneurship.

The almost-miraculous transfiguration just did not just happen by itself.  The world pitched in.  The nation felt our pain.  And the locals picked up their histories,  scoured the world for funds and  fashioned a 21st century masterpiece of the American Dream.

Of those who wondered, dreamt and decided to heal the miserable hearts of many, were two people with eclectic lifestyles and passions.  Pres Kabacoff and his now-wife Sallie Ann Glassman, felt a duty and, in many ways, began to make a difference.

Kabacoff has been one of the city’s top real estate developers who has put his own skin in the game reshaping buildings, neighborhoods and of course, communities.

Glassman,  a Jewish woman from Maine,who is a Voodoo practitioner and priestess, author, and artist, has been in the business of healing the souls of those needing direction and caring.

Together after the storm, this seemingly odd couple, led salons of discussions to get opinions as to what was needed.  In doing so, they married their own experiences and investments of time and money to help the greater community return to a better existence.

Not only did they lead by their own visions but practiced with their own feet and bodies.

They moved into the city’s Bywater area, among rather unlikely environs--midpoint between the industrial canal and the French Quarter.   They lived among the buildings, houses and streets desperately needing repairs and substantial attention.

They created what is now called “The Healing Center”, converting a former furniture store building into a new-age development for the mind and body and a spot for cultivating the entrepreneurial  intentions for others.

In many ways, The Healing Center is what the name describes.   It is a warehouse made into a house for the weary.   In parts, it is a home highlighted by the incenses of the Height-Asbury generation among  the touches of healing arts.   It encompasses galleries, a yoga interfaith center, a co-op grocery of whole foods, a street university and even the heavy metals and grunts for the body, provided by the Downtown Fitness Center.

This Healing Center on St. Claude Avenue, inhabiting the former Universal Furniture Store is comprised of a soft medley of stores, offices, businesses and imaginations.

It is surrounded by emerging shops for the long-time residents who are now living next to men and women with orange hair, tattoos and ipads.   The motif of differences among similarities make a calling comfort for aspiring entrepreneurs, students and creators.

It lives within an enterprise zone made up of gingerbread-looking homes, renovated studios and shops of curiosity--the likes found among the famous Magazine street and the reborn-Freret.

And, it has a unique of movement personified this Saturday October 19 with a special and exotic day of information, fellowship, music and fun—the 6th annual Anba DLO Halloween festival and parade.   After all, only in New Orleans are you invited to a day filled with  a Water Symposium, a Costume Parade, fifteen bands,  and three DJ’s.    It is a party with a purpose designed to support the economic revitalization of neglected downtown neighborhoods and to assist local residents with access to programs and services they need the most.

With Katrina horrors now behind us, ideas and investments such as--The Healing Center, the new St. Claude Avenue, the Marigny and Bywater developments--are now a part of the culture and infrastructure that continues  to maintain New Orleans forever a brand of its own.

There are literally thousands of life stories that have surfaced from beneath the Katrina floods.   There are millions of helpful hands that have made New Orleans’s journey to the return—a moment for the  surviving, breathing, and proud.

Pres Kabacoff and Sallie Ann Glassman are two of those who listened and who imagined the future of a destroyed historic city, but only, if they and others invested and sacrificed their time, resources and their own physical presences.   In this strange case, Glassman a Voodoo practitioner and healer along with Kabacoff,  a city developer, did indeed practice what they preached.

Moreso, they are part of a generation of civic leaders who have engendered a novel, yet true spirit, for an old European-like city called New Orleans—blended by the brews of the past together with the  imaginations for the tomorrows.