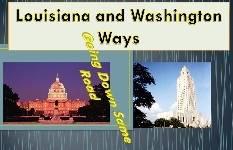 If Gov. Bobby Jindal does envision a career ahead of him in extremely high national office, potentially the Republican vice presidential candidate pick of former Gov. Mitt Romney of Rep. Paul Ryan presents the most problems possible for that to come to fruition and directly affects his next steps relative to service to the state of Louisiana.

Ryan went a bit against type in becoming (presumptively) only the fourth nominee in the past century from a major party from the House that did not serve in the Senate or as a governor (and the only winner, John Nance Garner who became vice president in 1933, had served as both House Speaker and Minority Leader). In fact, one must go back over a century to find the closest parallel to a choice like Ryan’s: the GOP’s James Sherman who won in 1908 and, like Ryan, was famous for sweeping policy preferences but, like Ryan, was not in the highest leadership positions in the House and/or his party.

{sidebar id=24}But give Ryan a good tan and magically add gubernatorial experience to his résumé and you’ve got Jindal. They are about the same age, both have House service, both are considered bright but not that exciting (at least not in the Prisoner #03128-095 sense), both are Catholic with three children, and both have fierce reputations as opposing tax increases while wanting government to live within its means.

If Romney (as historical indicators currently suggest) were to win, unless his term ends in a flop, Ryan fairly effective slaps a ceiling on Jindal’s immediate political career. Two terms of Romney would make Ryan a heavy favorite to win the 2020 nomination, if not the election, should he try to succeed Romney. Relative to Jindal, he would have everything Jindal could have by then, and more. It would be at least 12 years, perhaps as many as 16, before this space in the Republican presidential candidate universe reopens.

Should the GOP ticket prevail this fall, this would change Jindal’s political calculus considerably. Review of his political career shows he would prefer much elected executive office over serving in a legislature, with his three years in the House undertaken by him only to gain elective office experience while gearing up for a rerun at the Governor’s Mansion. One strategy in this environment could be to come back as governor, but that would be a crapshoot as a popular successor could serve two terms. That could have him reassume office near the end of a first term of a Ryan presidency, which won’t be a lot of time to reintroduce himself to the public if he even can win.

Nor would it seem likely that Romney would offer him a cabinet slot so he could do something relevant to governing while out of state office – not that it would be that helpful for Jindal. With Ryan in a position to be groomed for the top, Romney may be reluctant to introduce a rival to his guy. But even if that were to come Jindal’s way, despite the fact the vice president does little, that kind of experience still trumps Cabinet department head experience in the minds of a majority of voters. If such an offer ever comes Jindal’s way, which would much more likely manifest at the beginning instead of the end of a Romney presidency, Jindal better think long and hard about taking such an offer when as many as three more years of leading the state might provide a bigger opportunity to make more of a decisive policy impact.

Under this scenario, Jindal may want to revisit the notion of running against Democrat Sen. Mary Landrieu in 2014. While he seems much more comfortable in executive office, the problem is he has to do something relevant and productive politically for what might be many years where he has little chance to compete for the White House. A better timeline for him might be Landrieu winning reelection in 2014, then retiring or have him take her on and win in 2020, setting him up for 2024 or beyond, giving him plenty of options between now and 2020, but if Landrieu is defeated in two years, that shuts this door.

However, if he takes this route, he had better do it only with a good chance of winning. Losing a statewide contest would really tarnish his credentials that would hurt his chances to regain the governorship later, which without seriously impairs any other national bid and would make even a later Cabinet job look consolatory and dead-end. At present, he does look good against Landrieu and interest expressed by him likely would deter other strong challengers from his own party like Rep. Bill Cassidy. Still, anything can happen in the next year, as he would not announce any run for the Senate until after the 2013 session of the Legislature.

To reiterate, if Romney/Ryan win, without a lot of information by which to forecast the future, Jindal will have to decide fairly soon whether to go for something that looks good to pay off right now, or whether a series of events in presidential, state, and Senate-related politics fall his way (meaning sometimes against his own party) will happen to set him up even better. This includes if, for some reason, Romney does poorly as president and is unable to win reelection. In that case, 2020 is the target date and five years out of office is not so long that it significantly dims nomination chances (Romney has been out of office for six years). However, having a term in as a senator through that entire time (plus his last year of his second term as governor) is better for the limelight and addition national experience it would bring.

So, because the Ryan selection excludes for anyone else the “young, sharp reformer” spot with his election, Jindal would have to look at the very long term and finding a way to stay in the game for quite awhile. Landrieu’s seat provides that opportunity; even if she becomes the first senator from the state to lose reelection since the 1930s, she’ll have served 18 years and that will be more than enough time for Jindal to put himself back in position for a run at the top.

But if somehow Romney/Ryan were to lose, the future is now for Jindal. Ryan would be a strong competitor for the presidential nomination in 2016 likely by staying in the House (he will be allowed to run for both the vice presidency and reelection to his House seat simultaneously, as some states permit), so Jindal would do best by finishing his term in Baton Rouge with chances to accomplish other things and passing on the Senate. A year’s break would be perfect to ramp up a presidential run.

With the tabbing of Ryan, if Jindal is interested in a very important political career, Nov. 6 will end up perhaps the most significant date of that career up until then. A Romney/Ryan win pushes Jindal greatly towards challenging Landrieu. If not, serving out his present position and a stab at the presidency in 2016 seems likely.