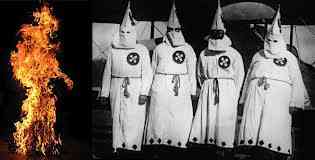 Fifty year ago, the FBI opened widespread murder investigations into what was left of the Klu Klux Klan in Louisiana.  The Klan had once held a significant presence statewide throughout the first half of the 20th century. But following the enactment of 1964 Civil Rights Act, the FBI was given the authority to crack down on what used to be unevenly enforced state violations, and Klan activity in the Bayou State slowed to a trickle.

Not so in my old hometown of Ferriday, as well as across the river in Natchez, Mississippi. As many as 20 local black citizens were reportedly killed by the Ku Klux Klan in the 60s, and there were ties by Klan members to one of the busiest houses of ill repute in the South, as well as the notorious Jim Leslie murder that took place a few years later in Baton Rouge.

Few arrests were made, and a number of cases ended up on the back burner as years went by. But sparked by the dogged reporting of Stanley Nelson with the Concordia Sentinel, whose series of articles on the Klan won him a nomination for the Pulitzer Prize, the FBI began taking a look at what happened just about the time I landed in Ferriday, Louisiana with a new law degree.

In 1964, worldwide attention was focused on the deaths of three civil rights workers in Philadelphia, Mississippi. FBI Director J. Edgar Hoover ordered several hundred agents to fan out and investigate all over the state, as well as into Louisiana.  The widespread investigation quickly focused on the Silver Dollar Group, an offshoot of the Klan based in Natchez, but terrorizing a number of black males on both sides of the river.

In late December of that year, the KKK burned down a local shoe shop in Ferriday with the owner, Frank Morris, in it at the time. Morris was severely burned, and died a few days later. Why was he targeted? Apparently because he was black, ran a successful business, and had a number of white customers.

Another major fire attributed to the local Klan was the burning of Haney’s Big House, one the best known black music nightclubs in the Deep South. Every black jazz great in New Orleans, from Louis Armstrong to Fats Domino, played at Haney’s. And local cousins Jerry Lee Lewis, Mickey Gilley and Jimmy Swaggart were known to sneak into Haney’s by the back door. When white fans started to come to Haney’s, it was quickly burned to the ground.

One of the busiest establishments in lower Concordia was the Morville Lounge, a popular house of ill repute and illegal gambling establishment. Morville was located some 15 miles south of the bridge that connects Natchez and Ferriday, and customers from as far away as Baton Rouge and Jackson, Mississippi usually filled up the parking lot over the levee. The girls of Morville traveled a regular route from Atlanta, then Birmingham, on to Jackson, down to Morville and on into New Orleans. That’s how popular this small rural lounge off the beaten path and had become. And the local Klan was reportedly active in the running of this red-light stop.

When I ran for Louisiana State Senator in 1971, Klan activities had moved north towards Franklin Parish. One of my opponents had strong support from the local Klan, and I received my share of threats that I, perhaps foolishly at the time, did not take that seriously. But signs and billboards in support of my campaign rarely lasted the night after they were put up. Fortunately for me, the local white knights were fairly old guys by then, and had little support in the local community.

The notorious Jim Leslie murder that took place in Baton Rouge in 1976 had ties to Concordia Parish and the Klan. Leslie ran a successful public relations agency, and had been a key player in the passage of Right to Work legislation at the state capitol in Baton Rouge.  He was killed in a motel parking lot a few hours after the legislation was successfully adopted.

The purported triggerman, Rusty Griffith, was gunned down in a lower Concordia wildlife refuge a few months after the Leslie killing. The Dixie Mafia tied to Shreveport’s top law officer at the time, the Public Safety Commissioner named George D’Artois, supposedly hired Griffith. The assassination money, some $100,000, was allegedly funneled via the local Natchez-Concordia Klan to Griffith and his accomplices. When Griffith got greedy and wanted more money, so the rumors go, he too was gunned down.

When the gang that bumped off Griffith was arrested, yours truly was appointed by the court in Concordia Parish to represent Clay Kimble, one of the ringleaders involved in the Leslie and Griffin murders. So I’m well aware of all the gory details, and where the skeletons are buried. Well, maybe not literally (or at least I’m not sayin’ nothin’).

Now, after 50 years, renewed pressure is being put on the FBI to aggressively pursue those Klansmen still living who may have been accomplices in these Louisiana murders. Old wounds have opened back up, and many older folks who were there at the time seem to be pleased that some justice may eventually come to some of the families who suffered the loss of loved ones. A number of Klansmen, particularly in North Louisiana area, got away with murder. At least up until now. With so much renewed interest, maybe this will change.

“I ran into Ku Klux Klan and the threat of hurricanes, and those two things made me decide not to build on the Alabama coast, so we came back to Memphis.”Shelby Foote (Southern writer and historian)

Jim Brown’s syndicated column appears each week in numerous newspapers throughout the nation and on websites worldwide.  You can read all his past columns and see continuing updates at http://www.jimbrownusa.com.  You can also hear Jim’s nationally syndicated radio show each Sunday morning from 9 am till 11:00 am, central time, on the Genesis Radio Network, with a live stream at http://www.jimbrownusa.com. Photo above of Haney’s Big House burning courtesy of The Concordia Sentinel.

More in this category: « Obama, Feds Becoming The Enemy After BP Spill, Moratorium, Arizona Immigartion Law Louisiana In Love-Hate Affair With Oil Industry After BP, Moratorium »
back to top