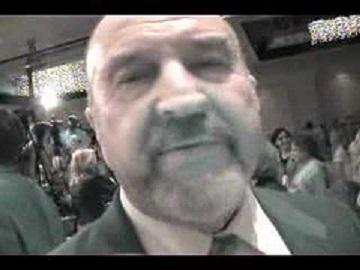 There, we’ve said it. We’ve tried to take the high road in my criticism of his actions and policies in the past but when he chooses to spend $2 million that the state does not have to build a monument that it does not need to his mentor who isn’t particularly memorable other than for the fact that he imposed and inflicted Bobby Jindal on the state, we can only throw up our hands in abject exasperation.

Our college and university physical plants are in desperate need of repairs and renovations—but there’s no money for that.

Most state employees have gone four years without pay raises because there’s no money.

The various state retirement plans have gigantic unfunded liabilities mostly because the state does not live up to its obligation to pay its share into those funds.

Higher education has been cut to the bone by this administration but there’s money to house the archives of former Gov. Mike Foster.

Our roads and highways are in deplorable condition—and there’s no money fix them. But we can erect a shrine to a former governor for the first time in the state’s history.

The administration has been conducting a fire sale of state property in order to raise one-time money to meet recurring expenses in an effort to plug a gaping deficit in the state budget but somehow we seem to need a museum for a governor who likes to ride a motorcycle without a helmet (and Lyndon Johnson once said that Gerald Ford played “too much football without a helmet.”)

Nearly a half-million people are without health care but Medicaid benefits have been cut.

Has anyone taken a look at some Jindal’s veto messages?

Yes, we are aware that these vetoes were from Act 1, the General Appropriations Budget and the $2 million appropriation for the Mike Foster Shrine comes from Act 2, the Capital Outlay Budget and yes, we know these are two different buckets. We know that, but waste is waste and payback is payback and this is both.

The state is spending the money to renovate the third floor of an old elementary school in Franklin (Foster’s home town) to house the archives of Jindal’s benefactor who served as governor from 1996 to 2004.

The first two floors of the former school building presently serve as the Franklin City Hall.

There are three very good reasons why the state should not be paying for this. One we’ve already mentioned: the state is broke, as in destitute—mostly because of Jindal’s penchant for giving away the store in the form of tax incentives, tax breaks and tax exemptions to business and industry and for the Louisiana Department of Economic Development’s designation of enterprise zones to businesses and industries, which awards more tax incentives even though the designation does not always translate to jobs.

The other two reasons are:

Mike Foster is a very wealthy man. If he wants to immortalize himself with a trophy room, let him pay for it.
Bobby Jindal should pay for it personally because he owes everything he has attained in his political life to the glaring blunder of Foster back in 1996: appointing Jindal head of the Department of Health and Hospitals at the tender age of 24 when he knew even less than he knows now about how things work.
The most absurd utterance of this entire sordid affair came from Foster himself when, in saying that the project came as a surprise to him, added, “I never liked to be the center of attention.” That ranks right up there with Jindal’s “I have the job I want.”

State Sen. Bret Allain (R-Jeanerette) said he included the project in the Capital Outlay Bill because he did not want Foster’s papers to be buried among a university’s collection, whatever that meant. Maybe he wants Foster to make him a governor the way he did Jindal.

No governor in Louisiana’s history has had his own library, museum or archives building. That’s what makes Jindal’s approval of Allain’s project so absurd—and outrageous and irresponsible.

Most Louisiana governors simply turn their papers over to the Secretary of State’s office where they are stored in the State Archives but Foster sent only those records involving state boards and commissions. Supposedly, everything else was taken to Franklin in a U-Haul towed by Foster on a Harley-Davidson 1450 cc V-twin (yeah, we had to Google that).

Of course with Jindal’s obsession with secrecy and the “deliberative process,” there won’t be a need for a museum or a library; any papers and records that he leaves behind can probably be stored in a cabinet beneath the bathroom sink—with room to spare.

More in this category: « Louisiana Gov. Jindal Says Get Ready For Bonnie Tropical Depression Bonnie Heads Towards BP Oil Site »
back to top