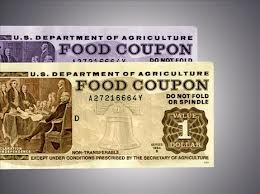 Today, a 13.6% cut in benefits will be enacted for the approximately 48 million recipients of food stamps. The program known as Supplemental Nutrition Assistant Program (SNAP) has been growing with reckless abandon during the Obama administration.

When President Obama was first elected, there were only 32 million Americans receiving food stamps. In the last five years, there has been an astounding 50% increase in the number of food stamp recipients. The increase is due to the poor economy and the efforts of the Obama administration to recruit new members.

Many of those receiving food stamps are among the 90 million Americans not in the nation’s workforce. The non-working population of Americans has expanded by 10 million during the Obama years.

Clearly, there are millions of Americans who are looking for work, are truly poor and need assistance. Our nation has always been committed to provide a safety net for the poor who need help. In our country today, no one should go hungry and food stamps should be provided for the very poor.

Unfortunately, the program is being abused as there are plenty of people receiving the benefits who should not be eligible for assistance.

In a country with a $17 trillion national debt and a budget deficit that is still about $680 billion per year, there needs to be serious reform to every government program, including SNAP.

Today’s reduction translates into about $420 a year for a family of four, which receives, on average, $668 per month in the program. This cut represents the end of the boost provided by the 2009 stimulus bill. While the cuts may hurt some struggling families, something has to be done to reign in costs for a program that has grown 358% since 2000. According to Michael Tanner of the Cato Institute, lax requirements are the culprit and must be addressed.

Congress is currently considering additional cuts in the program as part of the new 5-year farm bill. The House, led by Republicans, is proposing more drastic measures than the Democrat led Senate. Regardless of the final negotiations, it is inevitable that more cuts will be forthcoming.

The House bill includes $39 billion in food stamp cuts over the next decade and a provision ending waivers allowing able-bodied recipients to receive benefits indefinitely. The bill also gives states the flexibility to implement new work requirements for beneficiaries. Not surprisingly, Democrats and President Obama are opposed to the reform initiatives and any serious cuts to the program.

The real answer is to provide adequate assistance for the truly needy and remove those who are ineligible from the program. Work requirements are essential and indefinite waivers for able-bodied recipients needs to end immediately.

In light of these cuts, there may be some families who are adversely impacted. Fortunately, our country has thousands of reputable charities ready to step in to provide food for those Americans who truly need help.

In the meantime, both parties should come together, agree to sensible cuts and tighten up eligibility requirements.