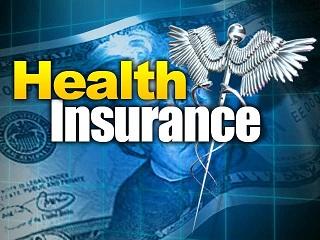 To say that the rollout of Obama Care has been disastrous would be to praise it.

The internet web site designed to accept the registration of Americans seeking health care policies has yet to work properly.  The administration has promised it would be fixed by the end of the month.  Given the history of Obama Care, I would not put stock in any promise by the Obama administration until the fix is done.  And then it may be that the fix is in.

Obama Care is facing multiple challenges.  The first, of course, is the rollout of the web site.  It has not worked from the beginning.  Compounding the problem is the enrollment by telephone.   It seems that the navigators, the people you call to assist you with enrollment, have to go to the same, nonfunctional web site that caused you to place the phone call in the first place.  The registration is not working.  The administration was warned that the web site was not ready, yet for politics and for fear of what it would look like for the president’s signature legislation, the politicians inside the White House ordered the roll out of Obama Care anyway.  The web designers were right, the web site was not ready and now the president is embarrassed and looks incompetent.

This debacle will likely pass assuming the web site is fixed, and people find it easy to use and can enroll.  The president has a bigger problem.  He either lied to the American people or did not know what he was saying.  President Obama promised the American people, “If you like your [health insurance] plan, you can keep it.”  This was a definitive statement with no wiggle room, and it turns out it is not true.  Countless numbers of people are in fact losing their health insurance plans, and it is because of Obama Care.  The president’s credibility was on the line, and he blew it.  Adding to the problem are the large number of people who have lost their health coverage and are now experiencing increased health insurance costs through Obama Care, in many cases for coverage these folks did not have in their cancelled policies and don’t want under Obama Care.

The real problem with Obama Care besides the fact that the majority of Americans don’t want it, lays in the basic nuts and bolts of its inner workings.  Every insurance expert I have spoken to says it is going to fail because there will not be enough people signing up to generate the pool of money necessary to make the program fiscally sound.  In other words just as the federal government spends more money that it takes in, Obama Care will likely not have enough premiums collected to pay the hospital and doctor bills and the prescription drug costs of the insureds.  To cover those costs the federal government will have to charge even higher premiums, raise taxes, lower the dollar amount of the subsidies, or admit the program does not work and make radical changes to it, if not repeal it altogether.  In any event Obama Care has a long and rocky road ahead.

According to Rasmussen Reports 54% of voters oppose the health care mandate that all Americans must have health insurance by January 1, 2014, or face a fine.  The Real Clear Politics polling average gives President Obama a 42% overall positive job rating and a 53% negative rating.  On handling the economy the president fares even worse.  Only 38% of voters give the president positive ratings while 54% give him a negative rating.  The American people are turning sour on the president’s job performance and his handling of the economy.  In addition the American people don’t like Obama Care.  All of this becomes problematic for Democrats in the 2014 elections.

If the Obama administration does not turn voter attitudes around before the November elections, democrats in the house and the senate will begin feeling real heat back home.  And while the democratic majority in Congress has blindly followed the president’s lead, they will soon begin thinking about their own political futures and when they do it will be President Obama who will be doing the two step as he follows the lead of democrats in the congress as they desperately fight to save their jobs.

Presidential Election…The 2016 presidential election is a long way off.  New Jersey Governor Chris Christie (R) gave republicans everywhere a wakeup call.  In a heavily democratic state Gov. Christie received 60% of the vote faring very well in his republican base and doing exceptionally well among demographic groups that usually tend to vote heavy democrat.  Granted that in a presidential race many of those voters will vote democratic for president, Gov. Christie has shown he can communicate with these voters.  The dilemma for republicans in 2016 is whether to side with conservative purity and likely lose the election or to support the traditional conservative philosophy and have a real chance to win back the White House.  The primary and caucus states will tell the tale beginning in January, 2016.

Thank you…To all of our veterans, thank you for your service to your country and the sacrifices you have made to keep America free and the best nation in the history of the world.

More in this category: « BP Oil Spill Politics: Eyes On Louisiana Vitter, Melancon Tea Party Still Stirs In Louisiana And US Despite NAACP Charges »
back to top