On Kennedy's death anniversary: why assassinate our nation 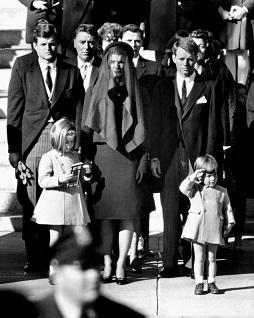 November 22, 1963 has been described as the day America suddenly grew up.

Matured for many reasons: the realization that doubt could overcome youth and dreams; the recognition that the most mystical of historical moments, the mythical Camelot, could screech to an abrupt, untimely and bloody halt.

The fateful inaugural words of John F. Kennedy, “Ask not what our country can do for you, ask what you can do for the country”, are among those that will ring in the ears of history.

Yet, the further we move from the imagery and memories of that moment, the more we realize that in today’s world, Kennedy’s words might always be immortalized, but ignored and nullified by today’s acrimonious and uncaring political world.

Our reality deems that we care little about what we can do for our country.

Instead, the voices of peace and unity are forever being drowned out by the screams of hate for others.

The extremes have inherited our world.

MSNBC and Fox have obliterated the notion of fair and balanced news.  Their commodity is propaganda.  Joseph Goebbels's work would be paled our of ineffectual shame.

There are few attempts now to understand.  The art, of listening to the concerns of those who see the world from a different perch, is vilified, not praised.

Conservative talk radio is full of veiled threats of revolution, by whatever means available and necessary.

American politics and government are now not mere blood sports.  They are open arenas fashioned to destroy, maim and crucify differences.

Our party leaders care less about what their followers can do for their country, but much more about their commitments to the party.

Fifty years ago today, Americans, in shock, realized that hate and fear could assassinate hope.

On this day, as we mourn the loss of our innocence, let’s reflect upon how one man called for the nation’s people to place civility and duty to and love for country above fulfilment of self.

One half-century has now faded since that moment when the shot erupted our very souls.

On this momentous anniversary, let's ask what we can do to love rather than despise.  Let's inquire how we can mend rather than destroy those whose beliefs might be different than our own.

In doing so, we just might truly honor the innocent passions of our youths.