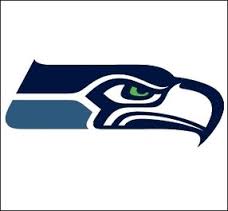 The suddenly invincible Carolina Panthers won their second straight come-from-behind game in the final minute and are still one game behind the Saints at 8-3. Indeed, Cam Newton’s bunch is taking on the appearance of the 1987 Saints, who started off 2-3 and then won ten in a row. Of course, the ’87 Saints, even at 12-3, still finished second in the NFC West to the 13-2 49ers. But the chances of the Saints holding off the Panthers in like manner will be a tough proposition.
Before they even start thinking about the Panthers, however, the Saints go on the road next Monday night to Seattle, which has been the odds-on-favorite all season to represent the NFC in the Super Bowl. They have won six in a row, have the best record in football at 10-1, and they are playing in a stadium where they have not lost since one year ago today, last November 25. That loss, 24-21 to Miami, interestingly enough was also after the Seahawks’ bye week, which is usually considered a mortal lock that a team with two weeks to prepare will win the game.
You might be of the opinion that such “rules” and statistics are only good for replacing the Sears catalog in the family outhouse. But it is still makes for an interesting discussion when trying to handicap next Monday’s game. The good news is that when the Saints are on offense, QB Drew Brees leads the No. 2 passing offense in the NFL, but he will be facing the Seahawks’ No. 2 passing defense. That’s a draw. Seattle has more difficulty stopping the run, ranked No. 16, but that won’t matter, because the Saints don’t run the ball. Another draw.
Thankfully, defense has become a Mardi Gras mambo, and the Saints No. 3 rated pass defense in the League will face the Seahawks No. 24 rated passing offense. Edge to New Orleans. However, the Seahawks have the No. 2 rushing offense in the league, while Rob Ryan’s scrappers have the No. 15 rush defense. Edge to Marshawn Lynch and his offensive line. If the game comes down to turnovers, the Saints could be in trouble. The opportunistic Seahawks rank No. 1 in the league in takeaways with 26 which includes 16 interceptions. If his run game is going nowhere, and Brees feels he has to do it all, he tends to get careless. He can’t do that against Seattle. In order to win, the Saints will have to protect the ball and establish a running game, while stopping Lynch on the ground. Who Dat Nation still has nightmares about that prospect the last time they were in Seattle.
After the Seahawks, the Saints come home to face the red-hot Panthers, then hit the road to play a suddenly very dangerous Rams team. Back on the road to Carolina the next week before ending the season at home with Tampa. The Saints could easily go 1-4 over the final five weeks. That should still get them into the playoffs at 10-6, thanks to the NFC North and East divisions beating themselves up. I believe they will do better than that, but maybe no more than 2-3, with losses at Seattle, St. Louis and Carolina. Hope I’m wrong, but you can always go out to my outhouse, consult the stats and see if any other enlightenment shines through.

His new book, "Where the Water Kept Rising," is available at Amazon.com and at local bookstores. And don't forget hiswebsite: www.JWMillerSports.com