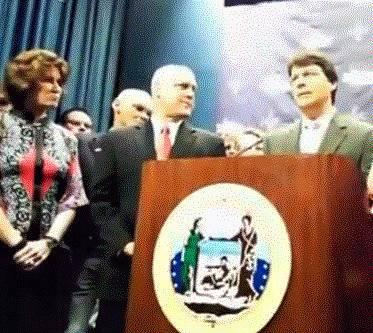 No doubt, the announcements that Judge decided to quit his position on the Orleans Parish Civil District Courts and jump into the New Orleans elections against a popular Mayor from a famous and powerful political background, is a shocker.

Judge Michael Bagneris, a familiar face in the legal and political circles, having worked for Mayor Dutch Morial in the past, has less than two months to raise money, get schooled on the issues, generate a team of supporters and not just opponents of the current mayor Mitch Landrieu.

Jeff Crouere, talk show host of WGSO and Bayoubuzz.com columnist and this publication’s publisher, Stephen Sabludowsky, talked about the sudden appearance of Bagneris on the New Orleans mayoral front.

Among topics discussed were:

Who is Judge Michael Bagneris

Why is he running?

How much will the Morial family be supporting Bagneris or will their close ties to the Landrieu’s make it difficult for the Morials to fully embrace a close family ally, Bagneris?

PART 2:  the other races