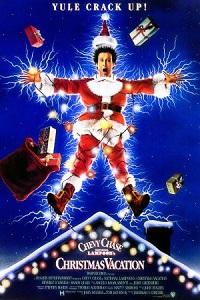 Didn’t they make a movie about this? Giddy tourists leave their comfortable home to vacation in an exotic clime that promises fun, frolic and great excitement? Did you get a flashback of "National Lampoon’s Christmas Vacation" while watching the Saints venture off from the security of the Superdome Sunday for a disastrous road trip to St. Louis? Like the Griswolds, the Saints suffered every indignity imaginable as they gift-wrapped turnovers, missed field goals and made the Rams defense feel like it was Christmas morning.

I half expected Coach Sean Payton to drive off with left tackle Charles Brown leashed to the rear bumper after he nearly got QB Drew Brees killed several times under a relentless Rams pass rush. The local heroes were out of it from their first play from scrimmage when Brees threw a quacker of an interception. The home team took two plays to turn that mistake into a touchdown when tight end Cory Harkey took a short pass and tip-toed 31 yards down the sideline as at least three Saints defensive elves generously fell down at his feet.

On the next series, Brees seemed to have put the punch glass back on the table as he marched his team deep into the Rams red zone. But again the spirit of the season prevailed as the Saints quarterback closed his eyes and tossed another pick of a present into triple coverage. The guests endured more rude treatment by halftime when it was 24-3, and I switched the cable channel to Sounds of the Season.

The Saints were not the only road kill that littered the NFL highway on Sunday. The Eagles saw their playoff hopes dip with a shocking 48-30 loss to the 4-9-1 Vikings. Philadelphia's porous defense couldn't help the team's potent offense, which featured star receiver DeSean Jackson racking up 195 receiving yards. Likewise, the Patriots stopped for a little sun bathing on U.S. 1 long enough to allow the Dolphins to jump into a wild-card spot with a 24-20 upset win.

Looking so feeble in an important game, the Saints have proved beyond a shadow of incandescent doubt that they have a hard time in the other guy’s house whether it’s inside or outside. They were whacked outdoors at Seattle, New England and the Jets and squeaked to victories at the lowly Falcons and Bucs. If you compared the home vs. away stats, you could make the case that the Saints could beat the ’85 Bears in the Superdome and would be underdogs at Auburn. The road woes only get worse next week when the team travels to Carolina, where the team is 3-4 in the Payton era. A Panthers victory would atone for their embarrassment last week at the Superdome and could give them the NFC South title with only a mop-up game at Atlanta remaining. What appeared so promising for the Saints a couple of weeks ago with a likely No. 2 seed and home field advantage until the conference title game now makes the Carolina game critical. The Saints at 11-5 still could host a wild card playoff game, but a victory would only send them on the road again. And, unlike Willie Nelson and his friends, the Griswolds tell us that is not where the Saints want to be.

My new book, "Where the Water Kept Rising," is available at Amazon.com and at local bookstores. And don't forget my website: www.JWMillerSports.com