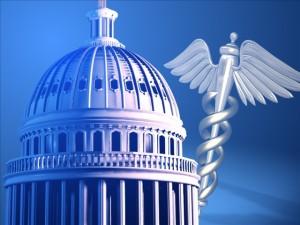 According to a Baton Rouge group of democrats, the answer is "yes", but in a way it is calling the "untold story"

Grassroots Baton Rouge Democrats identified local and state media bias against the Affordable Care Act (ACA) as the untold political story of 2013. Many media outlets and personalities joined with the GOP to change the narrative about the ACA from one of providing expanded health care availability and coverage to one of taking those away.

In our area of focus, the Baton Rouge Advocate takes center stage with its targeted use of misleading headlines. In mid-November, during the height of the media frenzy over the cancellation of some policies by insurance companies, the Advocate ran the following headline:

The message for the quotation marks in the second headline is clear: Congressional “fixes” are genuine efforts, while President Obama’s is not. Reading further into the first article provides some genuine information about what specific “fixes” actually entail:

“Insurers were canceling coverage because the bare-bones plans lacked adequate coverage or had deductibles that were too high or otherwise didn’t meet the new federal standards… Upton’s [GOP] bill also would allow insurers to sell their minimal plans to new customers and would allow the companies to continue peddling policies that don’t cover specific health care problems… If an insurance company chose not to keep offering its old plans, it could go ahead and cancel the policies.”

But The Advocate’s editors know full well that a headline appears to convey the substance of an article, and that more readers glance at a headline than read the entire piece with that assumption in mind.

Here one quote is highlighted above the article title in the hard copy version and at the start of the piece in the website version:

“It’s disingenuous, but what else can she do? She now realizes her vote for ACA is going to hurt her, and if she cannot change the dialogue, she will not be reelected.” BERNIE PINSONAT, pollster

Why is this quote highlighted? Other points in the column could have been used, for instance:

“In talking about the health care law, Landrieu can remind voters what she got for her vote — a big chunk of Medicaid money that Republican Gov. Bobby Jindal wanted — which reinforces her image as someone who can leverage her seniority and status as a swing vote on divisive issues.”

“She can stress the good parts of the law — yes, there really are some — by emphasizing its guarantee that most people can get previously cost-prohibitive health coverage, with federal subsidies in some cases and despite preexisting conditions in all. That’s no small matter to those affected.”

“She can also talk about the how many more of her neediest constituents would have been eligible had Jindal not rejected the law’s expansion of Medicaid, which the feds would have fully covered for the first three years and largely financed thereafter.”

Clearly, the Advocate had a negative message about Senator Landrieu it wanted to convey, and GOP Pollster Pinsonat’s quote served that purpose.

Of course, the Advocate had already helped set the tone of coverage of the ACA in Louisiana by its headline about cancelled insurance policies on November 8:

If one reads the article, an alternative voice is quoted, with Louisiana Budget Project Director Jan Moller pointing out that “a ‘very legitimate concern’ exists that some insurance companies will choose to keep their customers ill-informed and get them to buy more expensive plans, rather than help them learn all their options and federal subsidy eligibilities through HealthCare.gov.”

An alternate headline could have read: “Substandard health insurance policies ending in Louisiana, new options available”. But that would not have conveyed the frightening impression of health care coverage being lost because of the Affordable Care Act. And impressions are critical in the health care battle gripping America.

“Millions of Americans — including my son, Alex — got letters from their insurers in the years before the ACA was enacted informing them that their plans were being discontinued. Why? To fulfill the industry strategy of moving people out of plans with affordable co-payments and co-insurance obligations and into high-deductible or limited-benefit plans. Such plans are far more profitable.

“Keep this in mind the next time you hear a politician railing against Obamacare because people are getting letters from their insurers. The truth these politicians want to obscure is that Obamacare is protecting their constituents from buying coverage that provides little to no shield against financial ruin. And that protection is something the insurance industry wants to get rid of.” (http://www.publicintegrity.org/2013/11/04/13676/what-congress-didnt-say-obamacare-outlaws-policies-are-essentially-worthless)

More in this category: « Moret touts 2013 Louisiana economic development growth So, why is Paul Hollis running for Louisiana US Senate? »
back to top