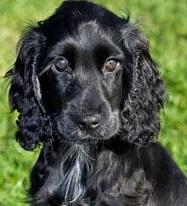 Just like the kiddie game, "Where’s Waldo?," this past Christmas 2013, you’d have to really peer hard at the photographs of the "Royals-R-Us" bunch who gathered at Queen Elizabeth’s digs in Sandringham to find Willie.

And wifey Waitie or otherwise known as Kate Middleton, wife of Prince William.

One reason they were hard to find is that Sandringham was simply deluged with Royal Family members and many a half-blood prince and princess and their commoner spouses and kidlets. News reports say that more than 30 "Royals" descended upon the Queen just in time for Christmas eve. So many "Royals" and their half-blood retinues arrived for overnight stays and longer that the newsies claimed that the Queen’s servants had to give up their palace rooms and make do with lowly, lesser quarters in the adjoining stables.

Hope the mangers were all full of hay!

One wonders whether a heavenly light streamed forth and the oxen and ass were lowing and the nearby shepherds saw the angels....

That is for a different baby, isn’t it?

And little Prince George was born this past July anyway, so all the servants-in-the-manger hoo-haw couldn’t be for him.

One wonders where all the Royal Protection Officers were put up this year.

And did they raid all those dishes of peanuts, cashews, hazelnuts and pistachios that the Queen likes to place about her drawing rooms?

Well, it’s hard to not nosh on a nut or two when you’re sleeping on a drawing room damask-covered sofa that doesn’t even fold out into a decent bed!

One wonders where the RPOs put their kalashnikovs and side arms while resting.

Anyway, if you are mad at someone and don’t want to make them feel at all special (when you know that, deep down, they really thrive on being "special" and have red carpet fever), the first thing you do is...

Well, the first thing you do is roll up that red carpet.

Or else, yank it out from under them.

Is your thankless grandson popping over for his present and some Christmas cheer with that eye-rolling, obnoxious, self-absorbed primping prat of a panting, pantiless tart he married when you specifically told him NOT to do that and to move along and find a nice girl and, whatever else he did, do NOT give that salivating glamour puss his dead mother’s ring?

Is he coming? Is SHE coming?

Don’t do or say anything!

Just empty out the refrigerator and wine cabinet, put a jar of peanut butter and a jar of jelly on the kitchen counter with knives stuck into them alongside a loaf of your driest days-old bread, and make a little bed for them in the broom closet.

They will likely get the message.

Or not, if they are so into themselves and their own false celebrity that they cannot discern what the great mass of relatives who are rarely invited to anything suddenly arriving means.

That last sentence does work, English-wise, but only if you read it very slowly.

Runk! Whoosh! Give that red carpet a good, hard yank!

And make sure that outsiders can see that YOU hold no grudges!

How best to do that?

Why, with a kiss.

A little, tiny, chicken-beak peck on the cheek.

Just enough to identify the kissee as in, "This one."

"Drag this one away in chains!"

While pecking away at the primping prat’s cheek, make sure the paparazzi cameras can see you through all the foliage (it does help that it’s wintertime and all bare trees when you do this).

Be sure to smile when the primping prat who tramped after your precious grandson for over a decade before zooming in for the kill tells you that she’s so sorry, but she can only stay a little while because she and your dead daughter-in-law’s grandiose sapphire ring and he-who-gave-it-to-her have to head on over to Bucklebury lickety-split, as soon as the last bullet of the Boxing Day shoot is fired overhead.

Oh, yes. And you are starting to think...."Hmmm....overhead, overhead....why does it always have to be overhead?" And you are wondering what the RPO would consider doing for some additional cashew nuts and a fold-away cot, you try to decide which of your several mournful best black dresses does NOT make you look too fat, and, and, and....

Then, the dastardly duo that used to be your darlingest grandchild and his pampered, pernicious primpette will pack their things and go rushing off to "her" parents’ house with Georgie whatsit whatsit whatsit, and then...

Maybe giving the RPO all the nuts they can eat, lifetime guaranteed, and a broom-closet bedroom would be enough....

And THEN, you can take those knives out of the peanut butter and jelly jars, feed the moldy bread to the swans swimming about in your moat or whatever, get out the really good cans of salted nuts, give the servants back their broom-closet bedroom, and heave a sigh of relief that the worst is over, and that 2014 cannot be half as bad for you as 2013 was!

A few days later, in the cold dawn of New Year’s Day, you sip on a cup of steaming hot tea and delight in the news that the piddle-poofing sausage-hair-curling least-favorite-daughter-in-law has been seen on New Years’s party looking things like "very fit," and "splendid" and "jolly" and "very happy" and in the company of her sister and...and...and...

You remember your own sister, and you know what a news report like this means.

A news report like this is code-speak in Royal circles for truths like...living apart. Or, they had a fight. Maybe the primping got out of hand, or she got mad about having to eat cold peanut butter and jelly atop a penicillin mold, or she got mad about having to share the limelight with 29 Royal relatives of which at least half are half-blood princes and princesses whose children are complete commoners and so then why cannot mumzie and daddy and Pippa and James and their skinny, dazed, deer-staring-into-oncoming headlights partners also come to the Queen’s Christmas?

And where, pray tell, was little Lupo in all off this?

No room at the inn for dogs, we are told. The Queen’s dogs, yes. Sandringham is, after all, their home, too. And while ordinarily the Queen might let you bring your dog to sleep in the stable, there is no room even there because the servants have to bunk somewhere and the Royal Protection Officers have commandeered all the best couches.

That red carpet is just not the same once an unfamiliar dog has walked across it.

AGREE OR DISAGREE WITH THE COLUMN?  TELL US BELOW

More in this category: « So, why is Paul Hollis running for Louisiana US Senate? Did Robertson's, A & E duck us with a scam? »
back to top