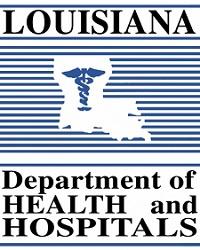 It's January 6 and it is business and politics as unusual.

While LSU football, the Sugar Bowl and the holiday season is now history, the New Orleans Saints continue for another week, Mardi Gras is making noise and so is the upcoming New Orleans elections.

Also, we are starting year seven for the Jindal administration.  The spring legislative session is about become open discussion and the "race of races"-- the Louisiana U.S. Senate race, is in full bloom despite the arctic instrusion.

So, to introduce the beginning of this 2014 year of Louisiana business and politics, here’s some of the latest:

Some might wonder why President Barack Obama, just back from Hawaii and looking forward to troubled spots such as fighting in Iraq, war in Syria and unemployment insurance cutoff would take time to back Mitch Landrieu for his second term as the Mayor of New Orleans?

But, why would the President back Landrieu in his bid for second term against two worthy African American opponents?

How about the Landrieu brand?

There has been much discussion that the Republicans are spending mucho dineros to hurt Mary Landrieu’s chances in her fourth –term bid.  The first and most obvious target would be to go after brother Mitch.

If Mitch Landrieu is weakened, and if the hopes of hopes—that he is no longer in control of New Orleans, Mary Landrieu is significantly weakened in her base, New Orleans.

Who knows, maybe Obama will get into the business of backing mayoral candidates this year as he extends his sway to the Congressional races.  But for now, it seems Senatorial politics just might be making its way into the future of this international city.

Jindal and the Media

On Wednesday, Jan. 8, the Baton Rouge press club will have a special meeting with Louisiana Governor Bobby Jindal as the speaker.

Also, the Governor’s media office is on a full course press this morning pushing  recent links to articles that appeared in the Advocate.  The first is a favorable healthcare article involving the Bayou Health Program http://theadvocate.com/home/8004358-125/bayou-health-gets-high-marks.  The second is  the future of Louisiana’s economy.

LABI AND THE WOMEN

The Louisiana Association of Business and Industry (LABI) will host the “Louisiana Women in the Global Economy” discussion forum,Jan. 14, at3 p.m. to kick off events surrounding LABI’s annual meeting to be held onJan. 15.

That announcement came today in a LABI press release:
The first event will be a discussion featuring women with leadership roles in business, the nonprofit sector, and government.

The discussion will take place at the LABI Conference Center, 3113 Valley Creek Drive, Baton Rouge. The discussion forum isfree and open to the public.

Online registration for the event is available at this link:http://bit.ly/1gbFaEG.

A VIP reception for LABI members and legislators will follow the Louisiana Women in the Global Economy Discussion Forum at The City Club in downtown Baton Rouge.

It wouldn’t be Monday without an email from one quarter or another bashing a candidate for Louisiana U.S. Senate race.  Today’s slam comes from the Louisiana Democrats who claim that “Bill Cassidy Wants To Slash Social Security & Medicare Benefits For 600,000 Louisiana Seniors”

According to the Democratic press release, “Since launching his campaign for Senate, Bill Cassidy's done nothing except shamefully reverse himself on issues like health care reform and duck answering basic questions that would reveal to voters his anti-Louisiana agenda. That may have worked in 2013, but it's time now for Cassidy to explain what he wants for Louisiana, starting with his support for slashing Social Security and Medicare benefits for up to 600,000 Louisiana seniors.

$1·  Bill Cassidy voted to raise the retirement age for Social Security and Medicare to 70, forcing seniors across Louisiana to work for even longer before they can retire.

$1·  Cassidy voted to enact a plan that would force "massive cuts" to Social Security. The extreme plan cut seniors' benefits by tens of thousands of dollars, and was opposed by the AARP for not shielding Social Security and Medicare from "arbitrary reductions."

$1·  And Cassidy voted for a plan to end Medicare as we know it by turning it into a voucher program, ending the Medicare guarantee and increasing Medicare costs by more than $6,000 for hundreds of thousands of Louisiana seniors.

The truth is Bill Cassidy has repeatedly voted against the interests of Louisiana's seniors, and if elected to the Senate he would hurt them even more.

"Bill Cassidy's plan for up to 600,000 Louisiana seniors is simple: raise the retirement age to 70, slash Social Security benefits and turn Medicare into a voucher program that no longer guarantees coverage," said Campaign for Louisiana Communications Director Andrew Zucker. "Bill Cassidy has repeatedly voted against the interests of Louisiana's seniors, and if elected to the Senate he would hurt them even more. Cassidy owes it to the 600,000 Louisiana seniors who rely on Social Security or Medicare to stop ducking questions and start explaining why he wants to slash their retirement benefits."

$1·  The Republican Study Committee Budget Would Increase The Medicare Retirement Age To 70. “To address the increased demands on Medicare, this budget proposes raising the age of Medicare eligibility, beginning in 2024, by two months every year beginning with those born in 1959 until the eligibility age reaches 70, bringing Medicare eligibility in parity with Social Security.” [Republican Study Committee FY 2014 Budget, accessed 5/10/13]

Cassidy Voted For Cut, Cap and Balance Plan to Force Deep Cuts to Social Security. In July 2011, Cassidy voted for the Cut. Cap and Balance Act, which CNN reported “would impose strict caps on all future federal spending while making it significantly tougher to raise taxes -- the solution favored by hard-line conservatives.” [HR 2560, Vote 606, 7/19/11; CNN,7/19/11]

$1·  AARP Opposed Cut, Cap and Balance Because It Did Not Shield Social Security and Medicare From “Arbitrary Reductions.” In a July 2011 letter to Senators, AARP CEO Addison Barry Rand wrote, “The Cut, Cap and Balance Act requires that a balanced budget amendment to the United States Constitution be transmitted to the states as a pre-condition of increasing the debt ceiling.  Social Security and Medicare, which are not excluded under the balanced budget amendment, would therefore be at risk for arbitrary reductions under the constitutional amendment, and as such, AARP is opposed.” [AARP Letter, 7/21/11]

Cassidy Voted For The Republican Budget Blueprint For FY 2012 That Ends Medicare As We Know It. In April 2011, Cassidy voted for the House Republican budget blueprint drafted by Paul Ryan that effectively ends Medicare. It calls for converting Medicare for persons currently younger than 55 into a "premium support system" through which the government would pay private insurance companies directly for each enrollee. The resolution was adopted 235-193. [H Con Res 34, Vote 277, 4/15/11]

$1·  The CBO Found That The Average Medicare Beneficiary’s Out Of Pocket Costs Would Increase By Over $6,000 Under This Budget Plan. “In 2022, the first year the voucher would apply, CBO estimates that total health care expenditures for a typical 65-year-old would be almost 40 percent higher with private coverage under the Ryan plan than they would be with a continuation of traditional Medicare.  (See graph.)  CBO also finds that this beneficiary's annual out-of-pocket costs would more than double — from $6,150 to $12,500.  In later years, as the value of the voucher eroded, the increase in out-of-pocket costs would be even greater.” [Center On Budget And Policy Priorities, 4/7/11]