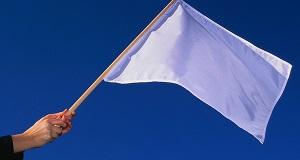 On January 8, 1964, President Lyndon Johnson made his famous call for a national “war on poverty.”

Eventually, this “war” would total over $20 trillion in spending and include a myriad of both beneficial and ill-advised government programs. As with all liberal initiatives, these policies were created with the best of intentions, to help improve the plight of our impoverished Americans.

Instead of solving the poverty crisis, we created generations of poor Americans who are addicted to government programs and lack the skills to meaningfully contribute to our economy.

When LBJ’s “war” began, we had a poverty rate of approximately 17 percent, whereas today it is stuck at 15 percent. For a $20 trillion investment, we have made scant progress as a nation.

According to Derryck Green of the Project 21 Black Leadership Network, the Great Society programs “effectively subsidized the dissolution of the black family by rendering the black man's role as a husband and a father irrelevant, invisible and — more specifically — disposable. The result has been several generations of blacks born into broken homes and broken communities experiencing social, moral and economic chaos. It fosters an inescapable dependency that primarily, and oftentimes solely, relies on government to sustain livelihoods."

The government programs that derived from the “War on Poverty” include Medicare, Medicaid, Head Start, and food stamps. Despite all of this spending, the results have been catastrophic. As noted by President Reagan in his final State of the Union address, “we waged a war on poverty, and poverty won.” Even liberal icon President Franklin Roosevelt realized that government programs were not the only way to defeat poverty, noting that they could become a “narcotic.” So, after Roosevelt’s “New Deal” programs and Johnson’s “Great Society” our country still has millions of Americans impoverished and addicted to the “narcotic” of government.

This toxic “narcotic” has been catastrophic to the traditional family unit in our country, especially in the African American community. Project 21’s Christopher Arps states that these federal programs “destroyed the black nuclear family.” According to Arps, “Roughly 75 percent of black children were born to a married two-parent family when the 'war' began in 1964. By 2008, the percentage of black babies born out of wedlock numbered over 72 percent.” While these programs have been especially harmful to African Americans, Americans of all races have suffered. Overall, the percentage of children born out of wedlock has increased from 6 percent prior to the “War on Poverty” to 42 percent today.

As we spend trillions on the poor, liberals like Barack Obama contend that our nation needs to spend more to effectively deal with the complex issue of poverty. Yet, if spending money was the answer we would have solved the poverty problem. Clearly, while the “war on poverty” programs have been unsuccessful in reducing the number of poor Americans, they have been successful in decimating the black family structure.

Project 21 Co-Chairman Horace Cooper aptly summarizes this tragic situation, “Having spent trillions with little to show for it, it's clearly time to declare a cease fire. After destroying generations of blacks and all but destroying the black family in total, it is time to try empowerment and personal responsibility."

Sadly, these real solutions will never be offered by President Obama, so we should not expect the longstanding poverty problems to be solved anytime soon.

More in this category: « Georges: Landrieu’s race to win, but Bagneris can pull upset Jindal loses education ruling again, will appeal to Supreme Court again »
back to top