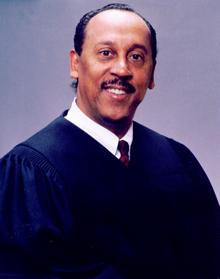 Why would a senior judge at the Civil District Court of New Orleans give up the prestige, the career stability the respect and all of the trappings that go with it to run for mayor against a man with the golden last name?

How Is the city doing in what many believe to be the most function of any government—public safety?

These are some of the issues discussed in a telephone interview with Judge Michael Bagneris who is running against incumbent Mitch Landrieu for Mayor of New Orleans.

In part one of this multi-part interview, Bagneris and Bayoubuzz publisher Stephen Sabludowsky, discussed the reasons he gave up the judgeship and his thoughts about taking on the current mayor, who according to most recent polls is quite popular.

Bagneris will be interviewed Monday morning on WGSO AM radio and on Bayoubuzz.com in a joint radio-Google Hangout project, perhaps the first of its kind in the nation, ever.

Below is part I of the phone interview of January 11.

You can listen to the radio interview today by turning your dial to Ringside Politics, hosted by Jeff Crouere on 990 AM or listening online at WGSO.com.  Also, you can watch and hear the entire interview on Bayoubuzz.com.  Learn more about the interview hangout webcast here.

Judge Bagneris--making the decision to go from the main, senior judge, if I'm not mistaken, of the civil District Court to run for mayor that had to be one heck of decision, would you just give me some kind of idea as to why you decide to do this and what was the process of contemplation, process, decision?

First of all it was an extremely difficult decision because I really love being a judge,

BAYOUBUZZ:
Obviously there's been a lot written about I guess, a pretty public dispute with the mayor over the courts did that play any role at all?

BAGNERIS:
How stupid is that?

BAYOUBUZZ:
Right, right, I was just wondering whether the emotionality of that dispute may have played some role at all

BAYOUBUZZ:
Ok.  Now, in terms of it, if I might ask, obviously, you been the Civil District Court Judge and your focus right now in terms of the city to deal with this crises, is, I guess is fixing the criminal system. I think that is what you are talking about safety.
And so Mayor Landrieu when he was a candidate four years ago, what he said his number one decision would be choosing the superintendent, so are you saying that he made the wrong choice?

BAGNERIS:
It's clear. I'm not saying it, I 'm just saying that conditions demonstrate, reality demonstrate, that it was, that it was a bad choice, it is interesting that you indicated that, the mayor, it's the mayor's choice.
And if you think about it when the superintendent was originally chosen allegedly he was chosen by the citizens committee,
well no one believes that, everyone knows that the mayor from the outset chose the chief and that's one of the reasons why we're in the situation that we're in today.
There is a credibility gap. The mayor's kind of, free and loose with the statistics for instance, he will tell us that and told us that the crime was down and then we had the Inspector General and the legislative auditor saying crime isn't down, it is just that the recordation process that was used is in error, so they were downplaying crimes to indicate that the claims were down and that creates a huge credibility gap between the administration and the citizens. In other words we're not being leveled with.

For a accurate account of the interview, listen to Part I

More in this category: « Obama's US economic recovery is Jobless America Historic Bayoubuzz-WGSO Google Hangout webcast-Bagneris interview »
back to top