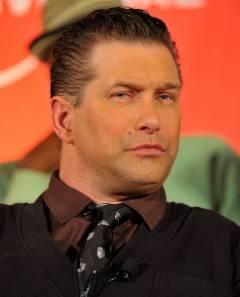 While the court room might be the venue for attorneys punching their witnesses with cross-examinations, Thursday night will hold court of another type.  Kicking off for its season, Stephen Baldwin, a member of the Hollywood "Baldwin brothers",  who has been spending some time in federal court fighting Kevin Costner over BP-related technology, will be the featured  panelist for Politics with a Punch, Year 11.

Another unforgettable edition of Politics with a Punch, for "Louisiana Incorrect". It is a fast-paced, free-wheeling, no-holds barred discussion of what is happening in our city, state and nation. We place a premium on having a good time and expect plenty of laughs as we discuss the controversies and the outrageous antics of our local leaders and scoundrels.

The kickoff show will be held at the beautiful Eiffel Society, 2040 St. Charles Avenue .

The show will begin at 8:00 p.m. As usual, there will be some rolicking moments with this panel:

With so much serious discussion, it is helpful once a month to be able to poke fun at some of the hilarious, insane and unpredictable events which occur in this state.  Since 2002, Steve Sabludowsky, attorney and Publisher of Bayoubuzz.com and radio talk show host Jeff Crouere have been a part of one political tradition that has grown into quite a success story.

In our ten years of existence, Politics with a Punch has featured some of the top political, business, comedic, media and entertainment talent in Louisiana with Crouere serving as Master of Ceremonies.

You can also purchase tickets in advance at a discounted price ($15.00 per person/$25.00 per couple) on-line at the website:

Another sellout is expected, so get your tickets now