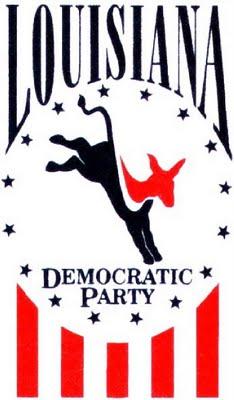 Subtract the results of the Second Congressional District, and it is possible that the votes for Libertarian and no party candidates in all of the other U.S. House contests will exceed those cast for Democrats across the rest of Louisiana, belying the notion that state Democrats are anywhere near a sustained and successful rebuilding effort.

The final qualifying statistics registered Republicans having one or more candidates in all six districts, in five of which they are favored overwhelmingly, Libertarians contesting all but the First, and Democrats competing in just three, and in the Second their Rep. Cedric Richmond is the heavy reelection favorite. Besides those dismal statistics for the state’s former majority party, some others compound recognition of its plight.

By the numbers, the most competitive district for the party outside of the Second was supposed to be the Fourth. Instead, Republican Rep. John Fleming gets the closest thing running to a free ride in the state this cycle with only a Libertarian opposing him. Perhaps the next most vulnerable for the GOP was the Fifth, but Republican Rep. Rodney Alexander almost got off as easily, also facing a Libertarian and a no party contestant who has run for office before and has been treated by voters as a crank.

Maybe worst of all, a Democrat emerged, embraced by the state party, in the Third District with the two current incumbents from the old districting, Republican Reps. Charles Boustany and Jeff Landry. Conventional wisdom has been the conservative Boustany was favored over the very conservative Landry because without a competitive Democrat in the race liberal voters would have to find their way eventually to Boustany. But if attorney Ron Richard, as it appears he has the capacity to do, can roll a lot of resources into the campaign, he can become competitive enough to make the runoff, and likely at Boustany’s expense. Hence, a Democrat appeared in the one place where that might actually turn out to have a negative impact in terms of policy-making for their agenda, while being unable to field candidates in places that only could have brought them benefits, if even just by forcing the Republican incumbents to use resources. This does not indicate a party on the rise by any means.

About the only worse outcome for the party would be to have Richmond forced into a general election runoff and spend down resources. Given that the Second attracted to run him, a white Democrat, two black Republicans, and a Libertarian, that dispersion might have been sufficient to think that the Republicans might pick off some black Democrats and the white Democrat enough white Democrats to force a runoff, but since the white Democrat in question Gary Landrieu, who despite being part of the Landrieu political family has been drubbed convincingly in past electoral attempts, Richmond likely can win in the regular general election.

Yet except for Richmond, all of the party’s contenders are placeholders who cannot expected to have much, if any, political careers to the extent that they can defeat Republicans at any level in any district that is not solidly Democrat already – a necessary prerequisite for the party to pull out of its electoral doldrums. Nor do any of the Democrats running for the only other high-profile contests of the fall at the state level – an open Supreme Court spot and for a Public Service Commission seat – look like they can win the same. In fact, unless at least one major upset occurs, Democrats will take a step back – Supreme Court Justice John Weimer, who had been a Democrat, filed unopposed to run as an independent this time.

The state party’s new leadership heralded better results than in the recent past with a pledge to take the party further to the left. At this point, there’s no new reason to believe this forecast has any credibility or promise to occur.